We currently play in the North east Regional Division one south but are on course to gain promotion to the Premier Division.

We currently play in the East Riding Women's Football League.

Both our Women’s First Team and our Development team are looking to add to the squads for the 22/23 Season.

Hull United Women are a club of two teams that are more like one big family, are you wanting to join the club and become part of a bigger family?

If you fancy a change from your current club, maybe a new challenge? or have not played football for a while and want to get back into playing then come along and try out one of our training sessions. We train every Thursday at Steve Prescott 8-9pm. For any more information give Mel a call on 07887403892. 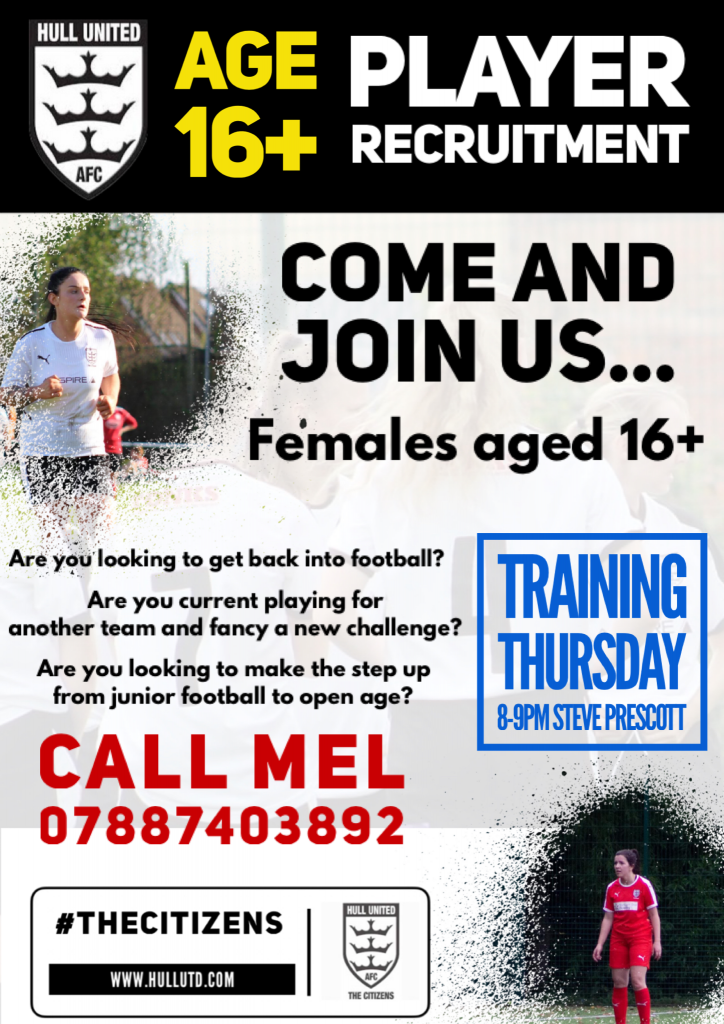