Hull United took the trip to York on Sunday to play York RI. United could win the league if they was to see off York RI with a win. United had a few injuries to contend with so had to have a reshuffle, but still had a strong starting 11. United didn’t start of like they normally do the closing down wasn’t like United, they wasn’t winning the 1st or 2nd balls. The pitch wasn’t the best as United are use to playing on 3G, United had chances but York RI goalkeeper was keeping York level. York was playing the better football and went 1-0 up. Hull United were losing 1-0 at half time.

Manager Lewis Poucher had a few words to say. The next 45 mins was vital for United, the players knew they had to dig in deep and try and get something from the game. They started a lot better by closing down quicker, winning the 1st and 2nd balls. Tonya put the ball in the back of the net for United which made them level at 1-1. United was still pressing and winning them tackles in the middle of the park. York RI was still playing some good football themselves, they had a corner which was placed upon Hull United goalkeeper Sophie which took the ball on the full and had safe hands. Lauren Tate had the ball at her feet, she had a shot and watched it fly into the back of the net, to make Hull United go ahead 1-2 for the 1st time in the game. The last 10 minutes of the game saw Hull United more determined not to let York RI back into the game. The final whistle blew and United are champions. They continued to celebrate in the changing rooms where the champagne came out.

The player of the match was Sammie workman.

Manager Lewis Poucher added “Wow where to start, the game was tough to watch first half with York really pushing us hard tbh. we wasn’t playing our best football as the pitch was a difficult surface however at half time we addressed that. The girls took what we had to say on board and really went for it. First off a great goal by Tonya and then a great assist to set up Lauren Tate who again worked her socks off all game. It was pleasing and for me just rewards for really turning the game on its head. These girls have been brilliant for me and Mel all year and I couldn’t be prouder of them all. Since I came in I have pushed the girls a lot and to win the league in the style and fashion we have is a real credit to them. We have two games left in the league and then a cup final to look forward too so it will be good to finish unbeaten but we are taking each game as it comes” 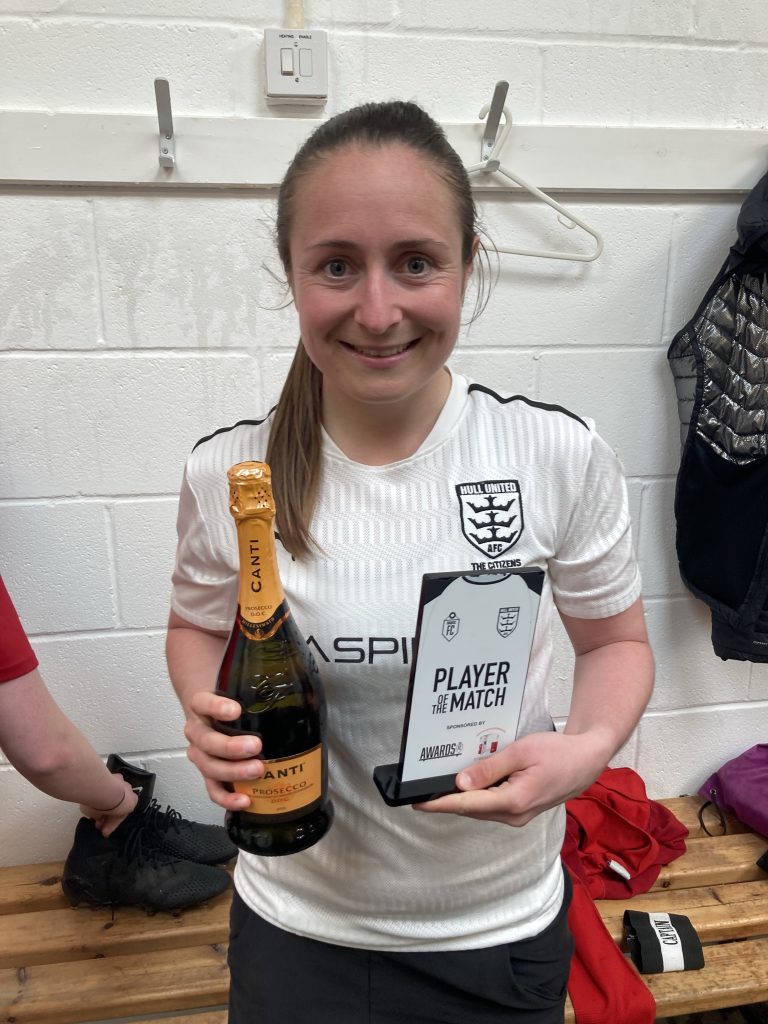