The game started fairly evenly with Hull United getting wingers Kim Ward and Dani Walker Muff Burke on the ball from kick off. United continued to add pressure and after 20 minutes a long throw-in down the left from Captain Chamaine Pinder was cleared by the Hall Road defence to Aimee Ayre who took it down well, wasn’t closed down by the visitors and scored a 30 yard screamer to see the home side go 1-0 up. New signing Nicole Cutting came on after 25 minutes for Walker Muff Burke, working well with Skie Wyatt down the left. The strikers of Katie Hughes and Ellie Smirk worked hard to add a second but United went into half time 1-0 up.

The second half started with Hughes making way for Walker Muff Burke. Keeper Sarah Walters alongside the back four of Gemma Bentley, Kacey Watson, Rosie O’Rourke and Wyatt worked tirelessly to keep United ahead. An injury to Wyatt saw Hughes come back on dropping Cutting into left back. United came close to adding a second after Walker Muff Burke hit the post from a Kim Ward cross. The visitors started to dominate and drew level with a well worked goal making the score 1-1. The visitors second came in quick succession leaving United with 15 minutes to get an equaliser.

United piled pressure on with Pinder finding Ward on the right wing on numerous occasions. In the last 2 minutes of the game Ayre picked the ball up down the left playing a ball through to Hughes who had beat the Hall Road defence, a shocking tackle to Hughes on the edge of the box and a yellow card to the defender left the home side with one final chance to score from the free-kick but it wasn’t to be as Ayre hit it high and wide. The final whistle blew with the score 2-1 to the visitors.

Manager Mel Marsden Added ” The girls where brilliant today and deserved more out of the game, I think for large spells we were the better team. A lack of concentration for 10 mins in the second half sore Hall Road take the lead. But the girls never stopped trying to get the equalizer and where very unlucky not to, hitting the post and forcing the keeper into a fine save. The bigger picture for me today is we are 4 months into our project and the girls are improving week on week. For us to go up against a team that are second in our league and be unlucky not to beat them shows how far as a squad we have come in only 7 games playing together.”

Next week we turn our attention back to the league as we take on Kingwood United.

Player Of The Match Kim Ward 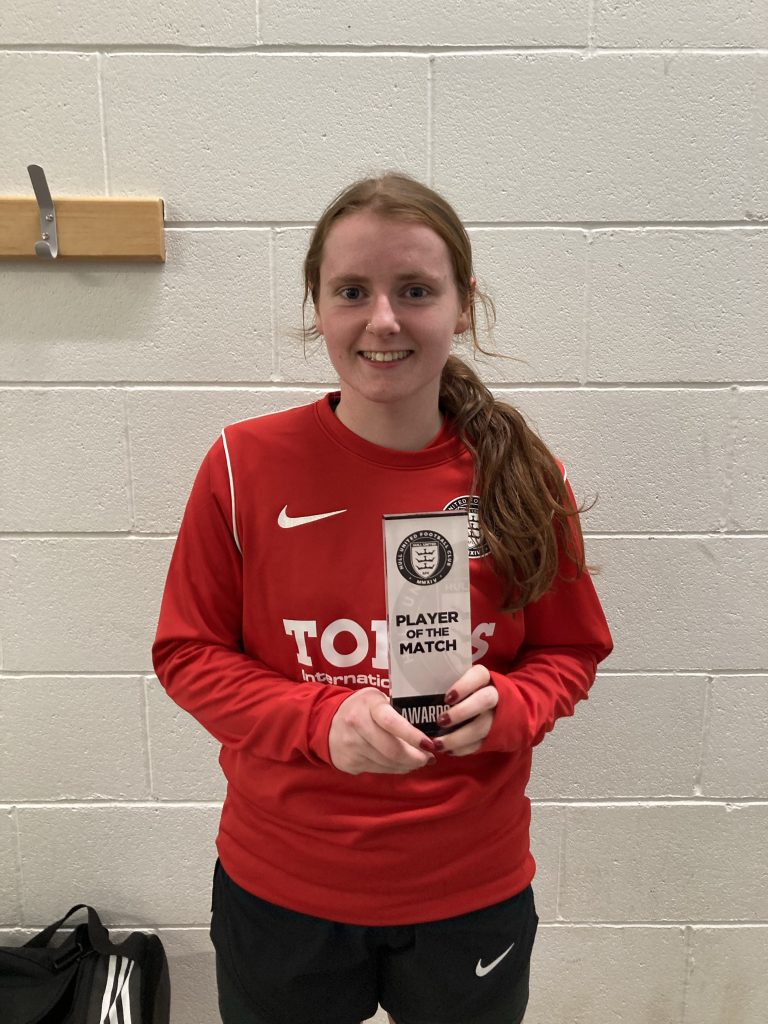