Another away game for Hull United, this week being against Sunderland Westend Ladies. United had a squad of 14 to choose from, Meg Cooke made a return in goal and Jade Newlove made her first start. Kacey Watson and Dani Walker-Muff were called up and made the bench. The game started off well and United dominated possession, the United midfield worked hard creating plenty of chances for the forwards. Jade Newlove picked out Lois Damms who played an exceptional ball through into the box for Lauren Tate to latch onto, whose shot ended up in the back of the net! 0-1 United!! The back 4 of Jen Randell, Rosie O’Rourke, Millie Sharp and Eleanor Robinson worked tirelessly all game limiting the chances that Sunderland had. Again Jade Newlove picked the ball up in the middle of the park, found Lauren Tate in space who played a great ball through the lines for striker Mary Lisle to run onto and score her first for the club. 0-2 United.

The second half saw no changes for the United side, they came out fighting looking to add to their tally. However, a loss in concentration meant that United begin to loose their shape and this allowed Westend to play more dangerously playing long balls and hopeful balls over the top. Westend found a way through United and got themselves a goal back 1-2 and then again to draw themselves level. United worked well down the lines trying to create pockets of space and they created plenty of chances to which none could be converted. The 80 minute came and Westend scored what looked like to be the winner, United were looking to bounce back and create the equaliser. This didn’t work for United and the full time score finished 3-2

We go again next week with another away trip, this time to Blyth Town Ladies.

Manager lewis poucher added A surreal game tbh, first half we was back at our best and passing the ball about comfortably. We scored two solid goals and we was in the driving seat however credit to Sunderland who battled back and got the job done. However I am pleased we are now competing and pushing teams again, with the squad improving week on week with numbers I am confident we will be back to our best after Christmas. I cannot fault the girls attitude at all. We had four who was poorly on Saturday and still turned up which is great to see with such a young squad we have the right mentality. We go into next week hoping to build on the performance.

Player of the match was Jen who in her new position has really took to it. Her attitude and desire to learn is brilliant. Well done Jen.

Player Of The Match Jen Randall 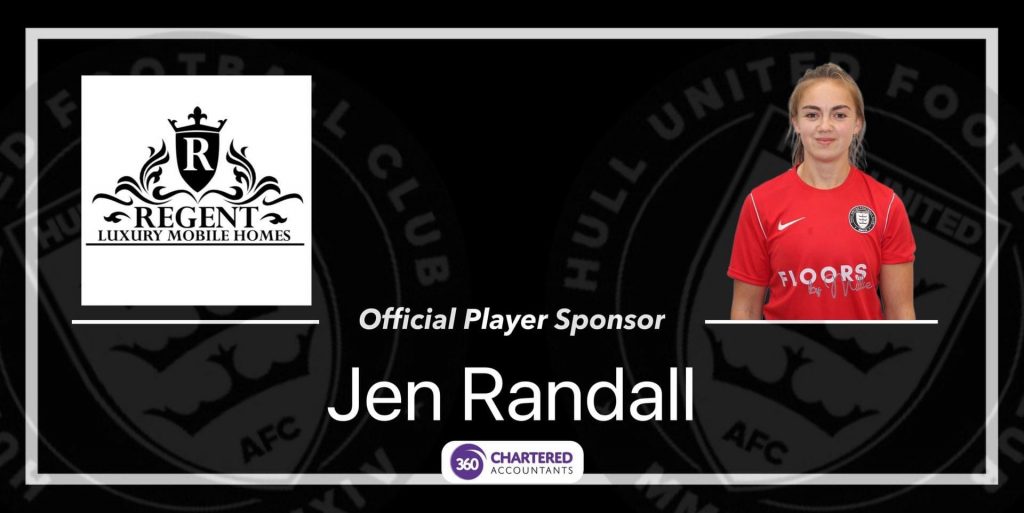