Hull United visited south cave for their first game back after Christmas, looking to pick up their first points of the new year.

United started well and were competing with a strong south cave team, until an error led to south caves opening goal, with cass going with his foot to clear the ball, only for the south cave striker to nick in with his head and run through and score. United had a great change before the break when Kane found himself one on one with the keeper but could not convert the chance. South Cave got their second just before the break, when the referee missed a clear foul in the middle of the park, the united players were more interested in arguing with the referee while south cave played on, run through and made it 2-0 at half time.

Soon after the break south cave made it 3-0 with a well worked and well taken goal, before a handling error from the keeper presented an opportunity for south cave to make it 4 which they did. United had a great chance to pull a goal back when Poucher rounded the keeper, only for him and Kane to some how hit the post instead of an open net. Cave made it 5-0 with a great chip finish from the edge of the box before once again united should have scored when Callum stole the ball off the keeper, with two united players stirring at an empty net he put it wide.

Manger John Duffill said “Parts of that game and some of the things we did were not poor they were embarrassing, to have two players looking at an empty net and miss is just poor. For the first half an hour we put up a fight, but after that we just downed tools and gave up, the fight desire and determination are none existent at the moment and that has to change, I can take getting beat when we put in the effort, I can’t take people downing tools and just treating as a kick about. We have a lot of hard work to do moving forward”.

Player of the match went to Grant.

Next week we face Hornsea Town away. 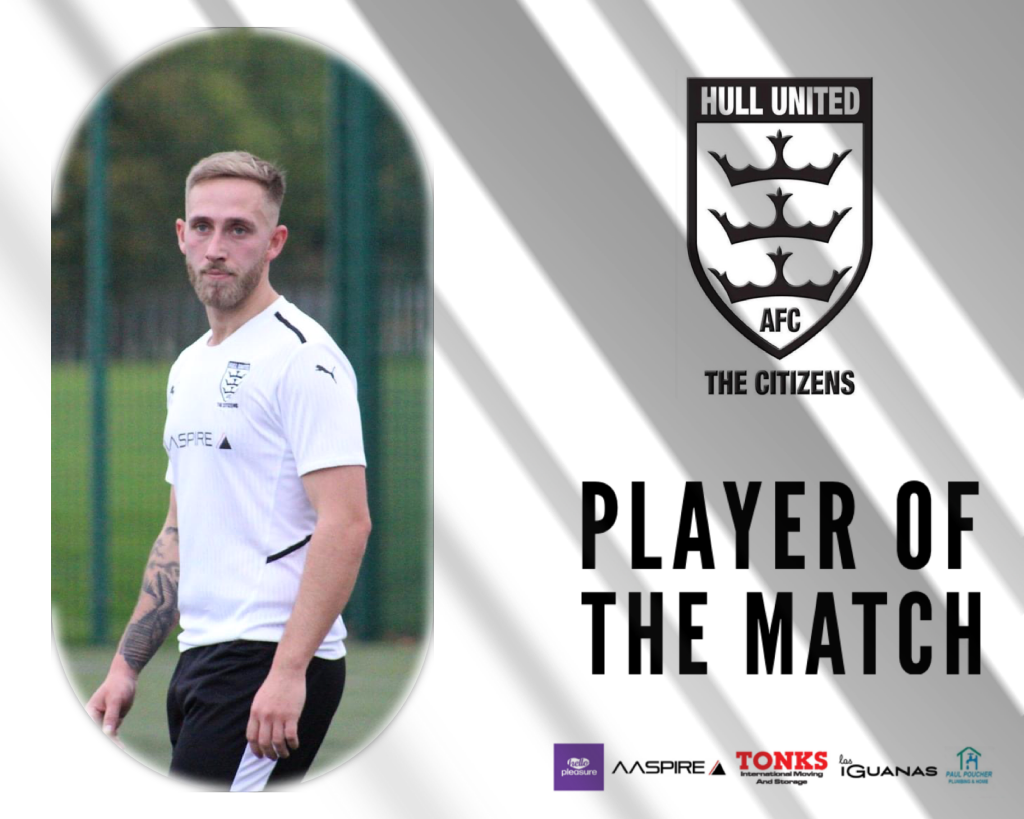