United started the game on the front foot attacking South Cave down both wings led by Captain Charley Sutherby and Sammie Workman. Early injuries to United’s front line prompted early substitutions. United’s first goal came from one of the substitutes Tash Linford, who demonstrated great perseverance to chase a ball right to the dead ball line, and after keeping the ball in play, cooly slotted it across the keeper into the far corner. Tash would soon add a second to her account for the day with another well taken goal. United enjoyed much of the possession for the remainder of the first half with the defence remaining solid against any attacks. HT 2-0.

The second half started as a much closer game with both teams pushing forward in pursuit of goals. One of the South Cave attacks ended with a direct free kick just outside of the United penalty area. South Cave equalised with a well taken strike that United keeper Kirsty Bannister managed to get a hand to, but was unable to deflect the shot away from the goal. The game remained an even contest until a cross from Tash Linford was turned into their own net by a South Cave defender. United further capitalised on the advantage and Charmaine Pinder curling a fantastic left foot shot from outside the box into the bottom corner making the score 4-1 to United. United stayed resolute for the remainder of the game and repelled any attack by South Cave.

Coach Dave Blain added ” the Development Team are progressing well this season and have produced some good performances in the last few weeks against the teams above them, which is very pleasing. The formation we used today worked really well for us in this game.”

Player of the game award went to Tash Linford for 2 goals, 1 assist and some great pressing at the top of the pitch. 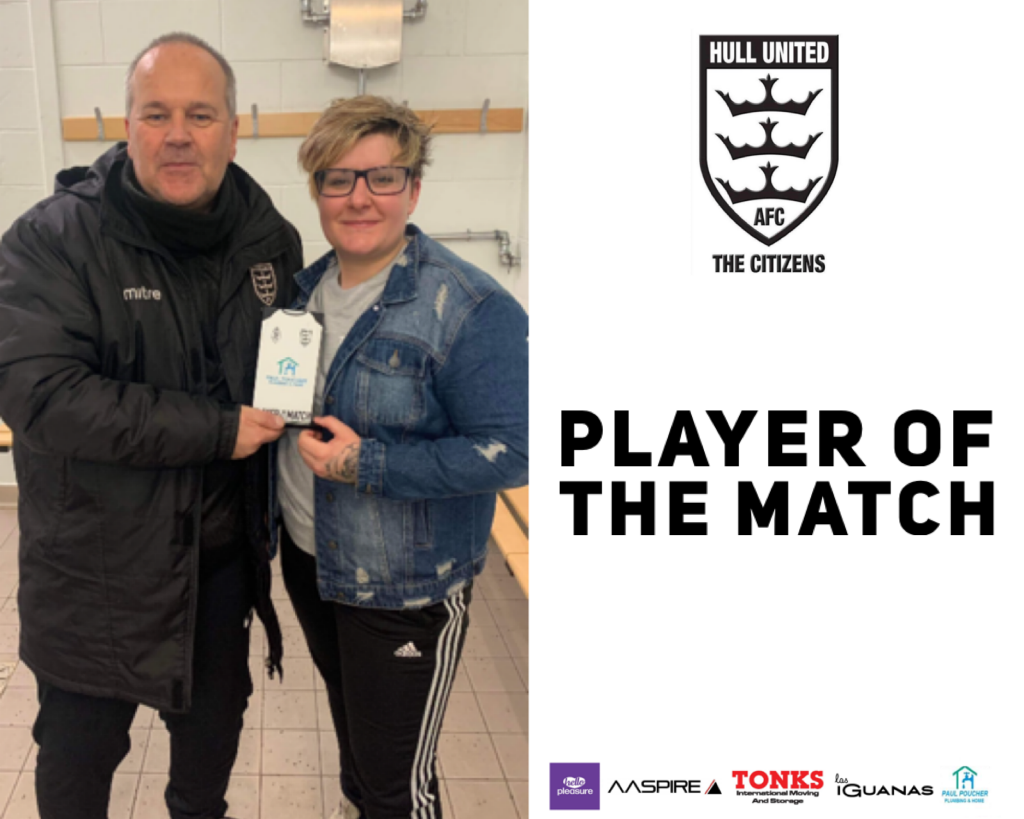