United welcomed back Amy Ward and Mary Lisle after they both had short spell out and Jade Newlove, who played her first minutes in 6months and a new face of Demi Watson made her debut, United lined up in a 3-5-1, with Wardy slotting in to the back 3 and Watson starting upfront. United started the game slow and dropped to the standard of Preston. It was United who struck first with Watson playing a brilliant through ball to Lois Damms who put the ball in the back of the net, however to much dispute of the players it was deemed off side. This riled up United to play better and to create more chances, it was Watson who set herself up well and marked her debut with a goal. United created many more chances but unfortunately couldn’t convert until an indirect free kick was given to United after the Preston keeper picked up a ball direct from a throw in. Mary set the ball up for Damms who curled the ball into the top corner giving the Preston keeper no chance! Newlove came on for the final 10 minuets who had her chances but unfortunately couldn’t convert. Half time 0-2.

United came out in the second half with just the one change. Millie sharp came on into the midfield, giving way to Lisle. United created many more chances however it was Preston who got themselves a goal 1-2 to United. This made Uniteds head drop and again dropped to Preston’s standard, they couldn’t get out the blocks and started playing sloppy football. The final 10 minuets came and Lauren Tate played a great through to Damms, who scored her second of the game. Minutes later the ref blew the final whistle, Full Time 1-3 to United and they are into the hat for the semi final. Up next for United is an away trip up north to Alnwick Town.

Player of the match award went to Lois Damms, after another exceptional game from the young lass, running all over the place and sealing off the game with 2 goals to her name.

Manager Lewis Added ” A tough game for us, as Preston could have potentially been a banana skin. I asked the girls to deliver a professional performance and they did just that. We didn’t pass the ball around as much as I like us to do but we will work on that in preparation for Sundays league game. Positives we take is we gained three players back on Sunday that had a long term lay off so to welcome them back was great. Player of the match was Lois, caused them problems all afternoon for me and gave us a real outlet up top” 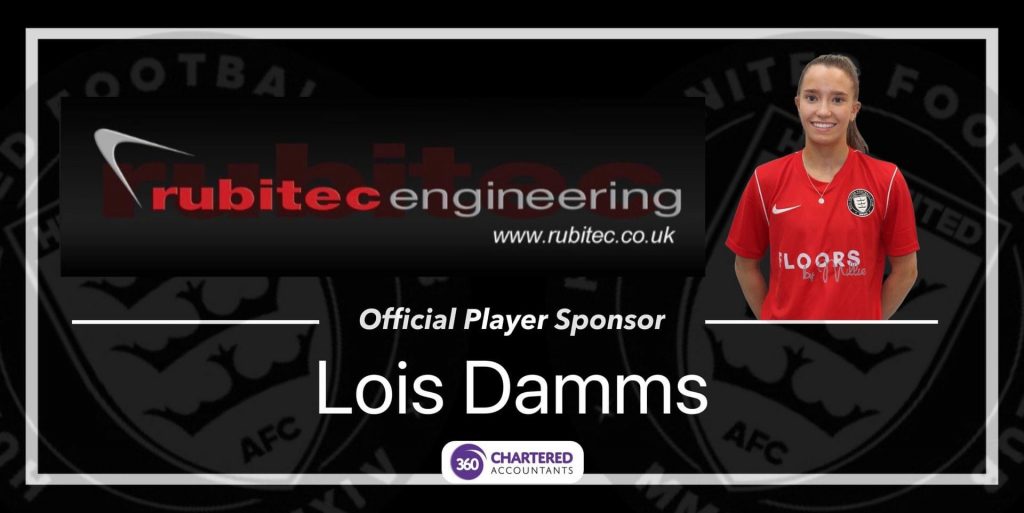