Hull United ladies faced top of the table Pinefleet in this afternoon’s game.

The encounter provided a very close and entertaining game between two teams that matched each other in all areas of the pitch. United lost Charmaine Pinder to an unfortunate injury enforcing an early change in midfield.

Pinefleet took the lead in the first half, but United soon responded with some pressure that enabled an equalising score. Jaz Read adding her first goal since signing for the club, as she continues to impress each week with improving performances.

The game remained a well contested event, played in great spirit, but the scores remained 1-1 as the half time whistle blew.

United changed their game plan and formation for the second half in an attempt to mitigate Pinefleet’s slight dominance in midfield. The second half continued to be a well contested match, with minimal scoring chances due to good defensive performances from both sets of defenders. A lot of the play was confined to the midfield area of the pitch, with Chelsey Atkinson, Jaz Read and Kira Blain working hard to combat any threats. Jade Newlove endeavoured to provide some width for United’s attacks down the right wing, but was unable to convert any chances.

Pinefleet capitalised on some lethargic defending in the latter stages of the second half, and secured the winning goal with a well taken shot past Sophie Adamson, who had a great game in the united goal today. United applied further pressure for the reminder of the game, but a resolute defence from Pinefleet eventually saw them claim the points from what was a very entertaining game.

Player of the game was Kacey Watson.

The Development Team do have a fixture next weekend. 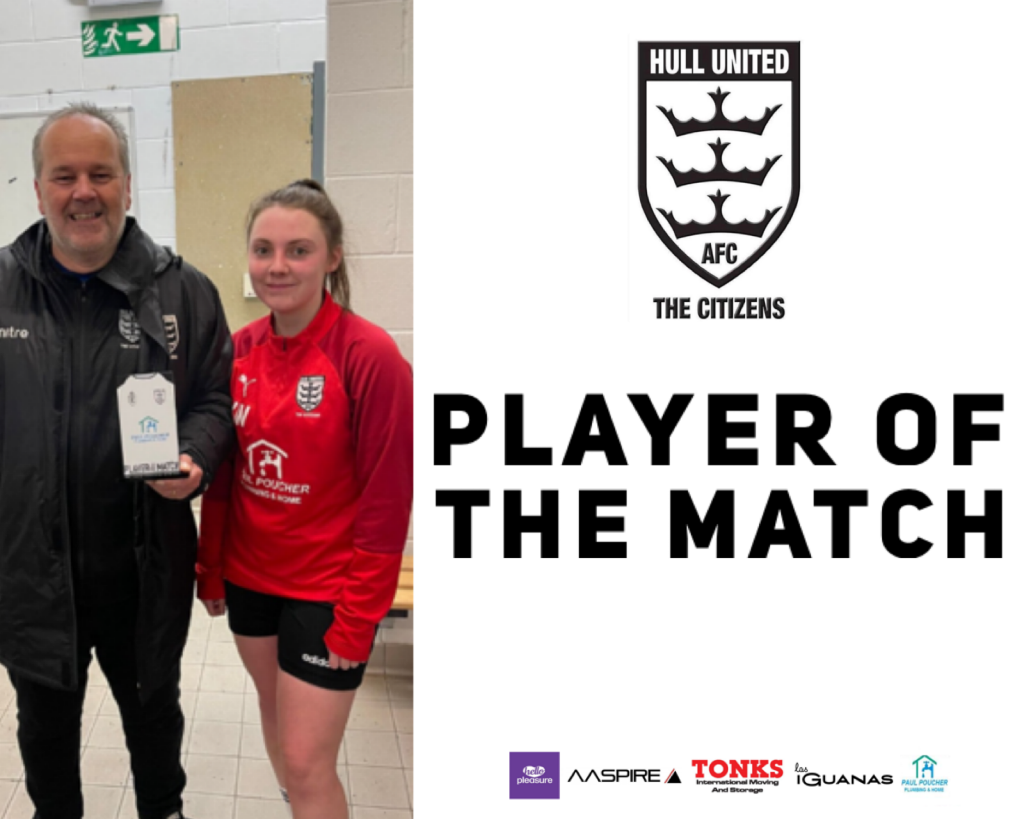