Hull United Women’s Development faced Pinefleet Wolfreton and were looking to get their first points of the season.

Manager Mel Marsden had selected her squad and was pleased to reintroduce a couple of regular faces into the starting 11. The first half whistle blew and the game got underway, both teams looking to take early control, however both teams were very evenly matched across the pitch and some great battles took place. Sarah Jackson made her first appearance for the club and had little to do in the first half due to the hard work of Kacey Watson and Rosie O’Rourke at centre back and Gemma Bentley and Evie Barrett at full back. As the first half progressed United were able to break through the Pinefleet defensive line with Ellie Smirk and Charley Sutherby linking up with midfield, but were unable to convert their chances and put United ahead. Charlie Holmes on the right wing offered numerous combination plays with Charley Sutherby, Gemma Bentley and Aimee Ayre in the centre of the midfield creating opportunities for United to create a threat in the final third. Despite their efforts United were unable to find to the back of the net.

Lucy Witty was introduced to provide an outlet for United and added some fresh legs midway into the first half. Captain Chamaine Pinder and Aimee Ayre started to dominate the midfield winning the first and second balls; playing through some well-timed balls through to Dani Walker Muff-Burke and Ellie Smirk to get creative. After some great link up play between Aimee, Lucy and Charley in Pinefleet’s defensive first, Lucy fired the ball across the penalty area but United were unable to latch on to the end of it. Half time came, Pinefleet 0 – United 0. The game restarted and both teams started as they finished. Pinefleet were able to get some long range shots off but did not trouble Sarah in the United goal. United broke the deadlock 5 minutes into the second half after United were on the counterattack. Aimee Ayre took a quick throw and Dani Walker Muff-Burke was able to react to a poor pass from the Pinefleet defence and lob the keeper from just inside the penalty area. Pinefleet 0 – United 1. The game restarted and Pinefleet were quick to react and started causing the United defence trouble. The scores were levelled after 5 minutes when United were slow to close down their opposite and resulted in a close range shot hitting the back of the net.

United pushed back and fought hard to get the game under control. A head injury resulted in United making a couple of personnel and positional changes as Rosie made way for Phoebe Whitfield to be introduced. Phoebe worked well with the midfield and provided some through balls for Ellie and Dani to get creative. United were ahead again when a long kick from Sarah was flicked on by Dani which allowed Ellie Smirk to provide a looping through ball for Dani to break the defensive line and place the ball into the bottom corner. Pinefleet 1 – United 2. As the game progressed United remained a tight unit and were difficult to break down and shut down any chances that were a possible threat. The final whistle blew and United got their first win of the season.

Manager Mel Marsden added “Great performance by all the girls today, every single one of the squad played their part from the starting 11 to the subs that came on. The hard work in preseason is paying off, with 7 new faces in the squad we will only improve week by week the more we play together. There were lots of positives to take away today but we are back at training on Thursday preparing for another tough test next week against Beverley.”.

Player of the match went to Dani Walker Muff-Burke a great all-round performance and two brilliant goals to secure the win. United are at home to Beverley Town next week and hope to continue this great form.

Player Of The Match Dani Walker-Muff-Burke 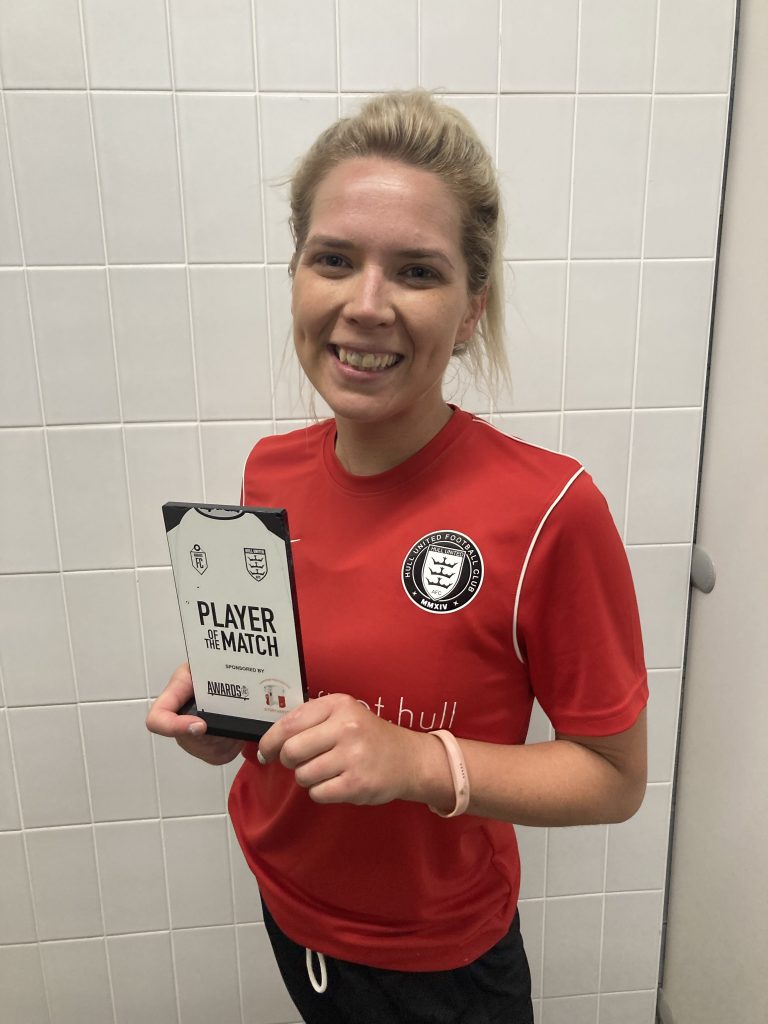 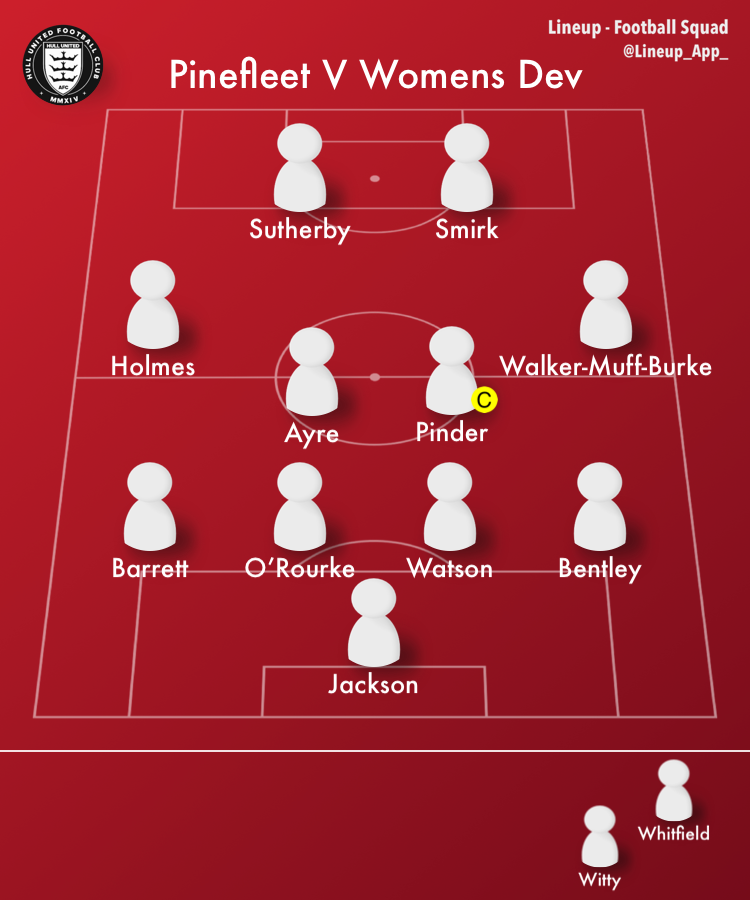