Hull United Women’s Development Team had a short trip across Hull to face a tough side in North Ferriby. Ferriby kicked off the game and passed the ball around nicely, creating chances here and there. As the game went on, United grew in confidence and began to play some flowing football. Towards the end of the half, United’s right hand side, consisting of Kacey, Jade, and Ellie played some good football between them, allowing Ellie to play a nice ball through to Jamie who got her shot off, forcing a great save out of the Ferriby keeper. Half time 0-0.

The second half saw United switch up formation, allowing more support up top. United went to a back 3 with Wardy filling in at the back doing an excellent job for the full 90. United saw a lot of the ball in the second half with the midfielders Lauren.H, Millie, and Charmaine all working hard creating chances, winning the first and second balls. With around 17 minuets to go, Millie played a straight through ball for Ellie to latch onto, whose initial shot was saved by the keeper only for her to follow up hitting the empty net! United continued to force pressure on the Ferriby side but found it tough to break them down. Ferriby did reply back with some good chances, with one hitting the post. However, the game finished 1-0 to United. Player of the match went to Charmaine for a solid game and worked her backside off throughout.

Credit must go to Ferriby who agreed to play the game even though we had to play 4 of the first team squad.

United’s last game of the season comes next weekend at home to Beverley Town Ladies. 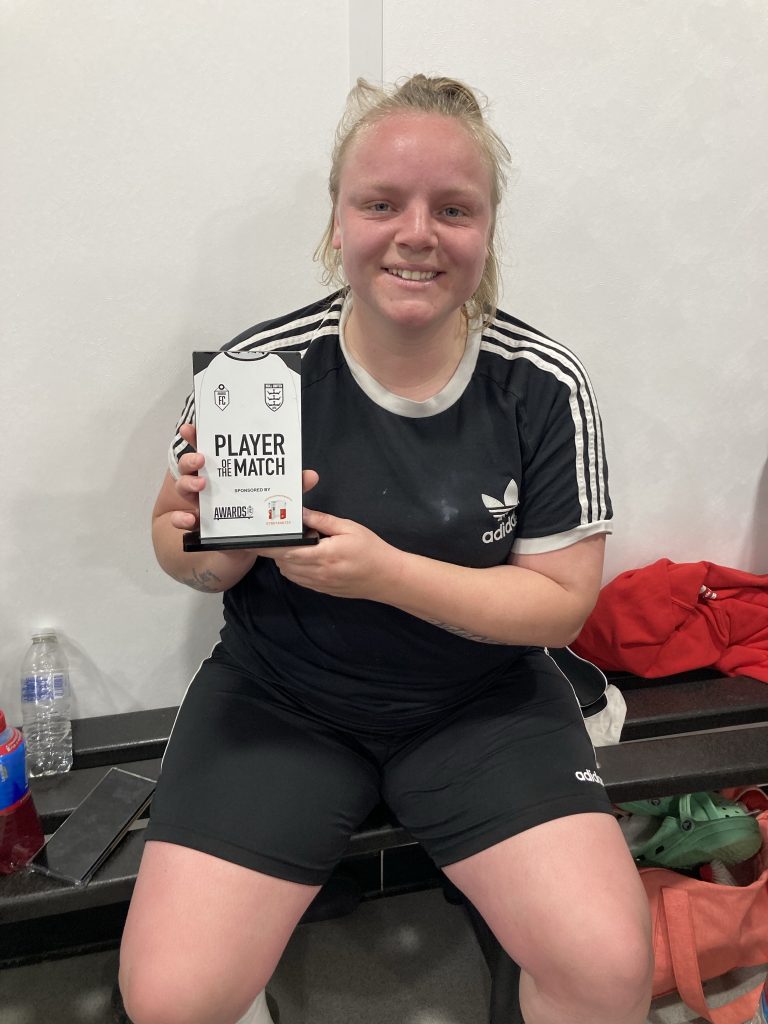