Hull United had their last away game of the season and travelled to Rotherham to play Millmoor Juniors.

United started very strong and within the 1st minute United had a corner taken by Amy Ward and Rebekah Walker waiting at the back post to slot the ball home for United. Millmoor 0 – United 1. United played some fabulous football all over the park, linking up with each other well, with short and long range passes and won everything. United’s front 3 of Millie O’Neill, Amy Ward and Lauren Tate pressed high, causing trouble for the Millmoor defence. Millie Sharp won the ball in the middle and opened herself up for a strike from 30 yards and hit the back of the net adding to United’s lead. Millmoor were still battling and wanted a goal to keep them in the game and had a corner bringing the United keeper, Sophie Adamson, into action with a well taken save. Millmoor were on the attack again and got a shot away that headed to the bottom corner, however United’s keeper reacted quickly to push it round the post. The whistle blew and the referee brought the 1st half to a close.

Manager Lewis Poucher had a word with Hull United during the break stating that the football that United were playing was outstanding and needed to continue into the 2nd half.

The 2nd half got underway and United started just like they did the 1st scoring on 46th minute with a well taken goal by Amy Ward. Millmoor 0 – 3 United. Around the 52nd minute United was on the score sheet again with Lauren Tate adding herself to the scoresheet assisted by Eleanor Robinson after some brilliant play from Ellie Worsley. United had a lapse in concentration allowing Millmoor to pull a goal back. Millmoor 1 – 4 United. After conceding United stepped up a level with Lauren Tate hitting the woodwork and middle 3 of Millie Sharp, Emma Smith and Lauren Holmes all working hard linking up with Rebekah Walker and Courtney McConville in the centre of the defence. Jade Newlove found some space on the wing and attacked high creating an overload before crossing the ball into the box finding Rebekah Walker, who connected with the ball on the half volley rocketing it into the back of net. Millmoor 1 – 5 United.

With 5 minutes to go, United continued to press and played some excellent football until the final whistle. United remain unbeaten and hope to continue this in their final league game against Barnsley on April 24th before their Cup Final against Preston AFC in May.

Lewis Poucher Added “another top performance from the girls this afternoon. some of the football and link up play was first class. I challenged the girls to be ruthless in front of goal and I felt we did that today which was great to see. We are playing some very good stuff which will put us in good stead for the last game of the season against Barnsley when we get to lift the title. A huge win for us again and very very pleasing performance.

Player of the match today was Rebekah Walker, well deserved after a great all round performance. 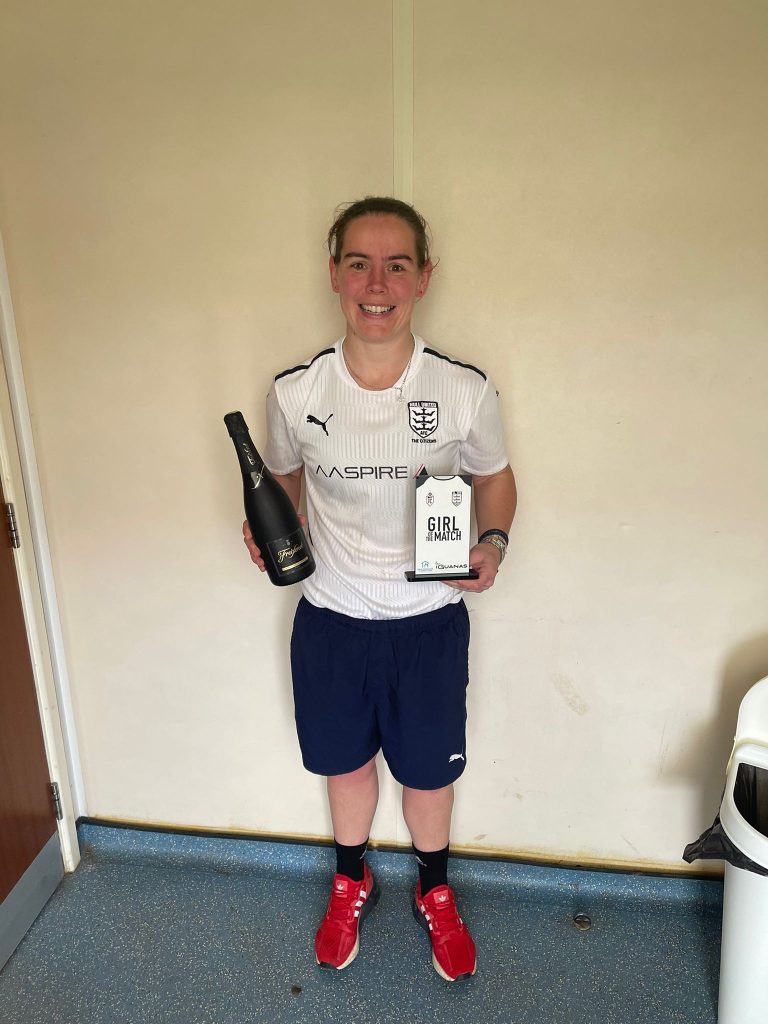