Hull United Women’s Development got their season underway away to Malet Lambert. United grew into the game but struggled to put their mark on the game with a few faces missing from the squad.

United’s defence of Skie Wyatt, Rosie O’Rouke, Sammie Workman and Gemma Bentley worked hard to keep Malet at bay for the majority of first half. Kirsty Bannister in the United goal making some important saves to keep the scores level. United played some great spells of football on the right hand side of the pitch with some great link up play between Tess Kirven, Sophie Griffiths and Gemma Bentley challenging the Malet defence but unable to provide the finishing touch to put United ahead.

Captain Chamaine Pinder and Aimee Ayre worked hard throughout with some strong challenges, feeding some well played through balls for Dani Walker Muff-Burke and Ellie Smirk to get creative. However, the final ball in the final third let United down. The game remained 0-0. United conceded a corner after some promising attacking play from Malet. A scruffy clearance by United allowed Malet to take the lead from a close range shot. Malet 1 – United 0. United fought back for the remainder of the half but were still unable to convert their chances.

United started the second half well, introducing Phoebe Whitfield and Lucy Witty to the squad. United were building into the game but were exploited by a through ball splitting the defence and Malet were able to convert their chance putting them 2-0 ahead. Shortly after United made the same mistake and were punished by another through ball and Malet were critical in front of goal once again. An injury to United’s keeper resulted in Phoebe Whitfield stepping up and standing between in the United goal. The last 20 minutes of the game United showed what they were capable of with a late goal from Tess Kirven but it was too late to change the game.

Player of the match went to Tess Kirven on her debut for a great performance in midfield. She was creative on the ball and constantly put Malet under pressure. 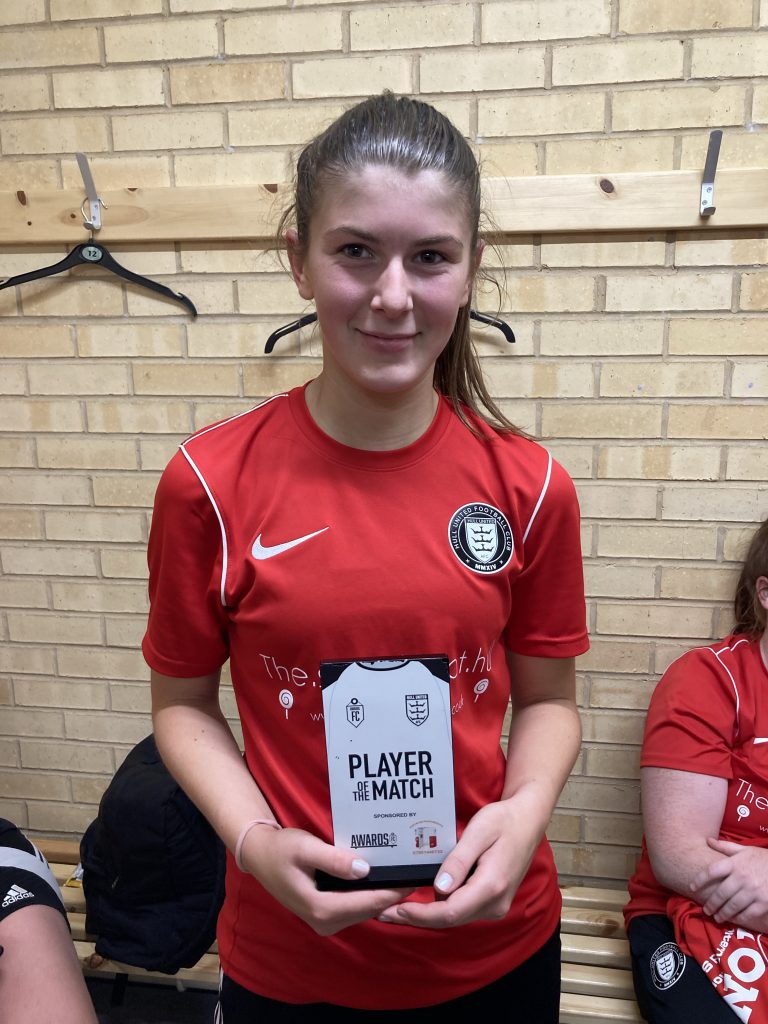