Hull United travelled to Leven to try and recapture their league form after a loss and a draw after Christmas.

The first half was a tight affair with both teams working hard trying to create chances. The heavy pitch contributed to the lack of quality in the final third of the pitch. The best chance of the half came when Frankie Longhorn chased down a long ball from the keeper, the Leven keeper spilling the ball on the bye line, allowing Frankie to pick up the ball and square it to Jimmy “I smell like goals” Hall, only for him to hit the only defender on the goal line. 0-0 half time.

It was United who started the second half the quickest, with some tidy football from Max. Slide and Frankie Longhorn, resulting in Frankie pulling the ball back across the area for Junior Mussa B to tap home from 6 yards out after just 4 minutes, 0-1.

United doubled there lead just 4 minutes later when David Brooke whipped in what can only be described as a “David Beckham” type cross from the right hand side, Junior Mussa B grabbing his second with a perfectly timed run into the box, nodding the ball passed the keeper from the penalty spot, 0-2. United got their 3rd goal with a big kick from Jonny Alsop in goal, resulting in Josh Fox latching onto the ball just inside the area on the right, Josh with a right footed volley, smashing it passed the keeper into the far corner, 0-3. Jonny Alsop producing some great saves in the second half and using all his experience to slow the game down, however Leven did got a consolation goal late on in the game, a free kick from the right, a suspect foul on the keeper resulting in the ball landing in the 6 yard area, only for there player to squeeze the ball over the time. 1-3.

A very well deserved victory which keeps Hull United Development in the hunt for promotion. 3 league games remaining. Next week we travel to Withernsea AFC is a massive clash at the top of the table.

Todays Man of The Match goes to keeper Jonny Alsop. Jonny produced many top saves and controlled the game from the back, also getting an assist. Well deserved. 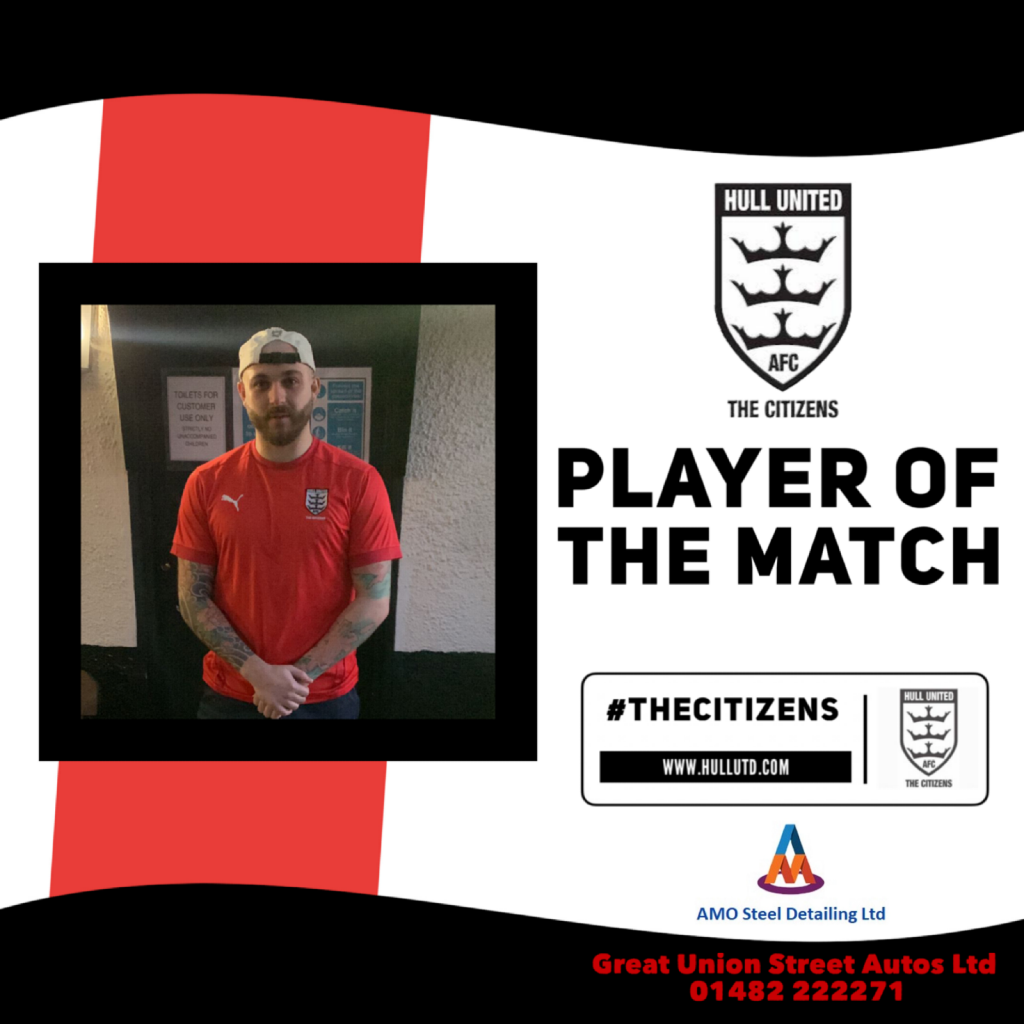