Hull United Women 1st team was in action on Sunday with a semi-final cup game against South Cave Ladies.

Hull started bright by passing the ball around the pitch. Hull were creating lots of chances, when the dead-lock was open by a lovely volley by Lauren Tate. A few minutes later Hull where on the attack again which Wardy gave us that 2nd goal, she has taken her goal really well. Hull United was still passing that ball around on the pitch with one two’s. The ball came to Lauren Tate who play a super ball through for Jade Newlove to remain her goal scoring record to continue, at this point it was 3-0 to Hull United. South Cave was playing some good football but just couldn’t breakdown Hull. Wardy made it 4-0 with a powerful shot that went like a rocket flying into the roof of the net, leaving the keeper with no chance of saving it.

Hull United went in at half time 4-0 up. Second half started and Hull United started just how they left the 1st half with South Cave having to do some defending they managed to score but it was an own goal, 5-0. Hull United made a sub which saw Tonya step onto the pitch. As she grew into the game, she also made it into the score sheet which left South Cave been 6-0 down. Millie 0’Neill was the next Hull United player to tuck away a goal, which by this point United was leading 7-0. Last but not least Charley got on the score sheet too which was the final whistle of the game.

It finished Hull United 8-0 South Cave. Manager Lewis Poucher added ‘The game today was always going to be a potential banana skin for us. South cave are a well organised side that frustrated us in the early parts of the game and that was credit to them and the hard work the girls put in. However our movement with and without the ball was something special to watch for me. We scored some well worked goals through stretching there defence out which was pleasing. Again another clean sheet for the side which means we have only conceded 8 goals in total this year which is brilliant. Credit though must go to south cave as they didn’t give up at any point when it would have been very easy to do so. We know we will have a tough game in the final against Preston after watching them too but I know our girls will be ready as we chase a double. Player of the match Millie O’Neil was brilliant today again worked her socks off for the team and popped up with a goal too. Well done Millie’.

Our attentions turn to York RI this week as we aim to win the league at the weekend. 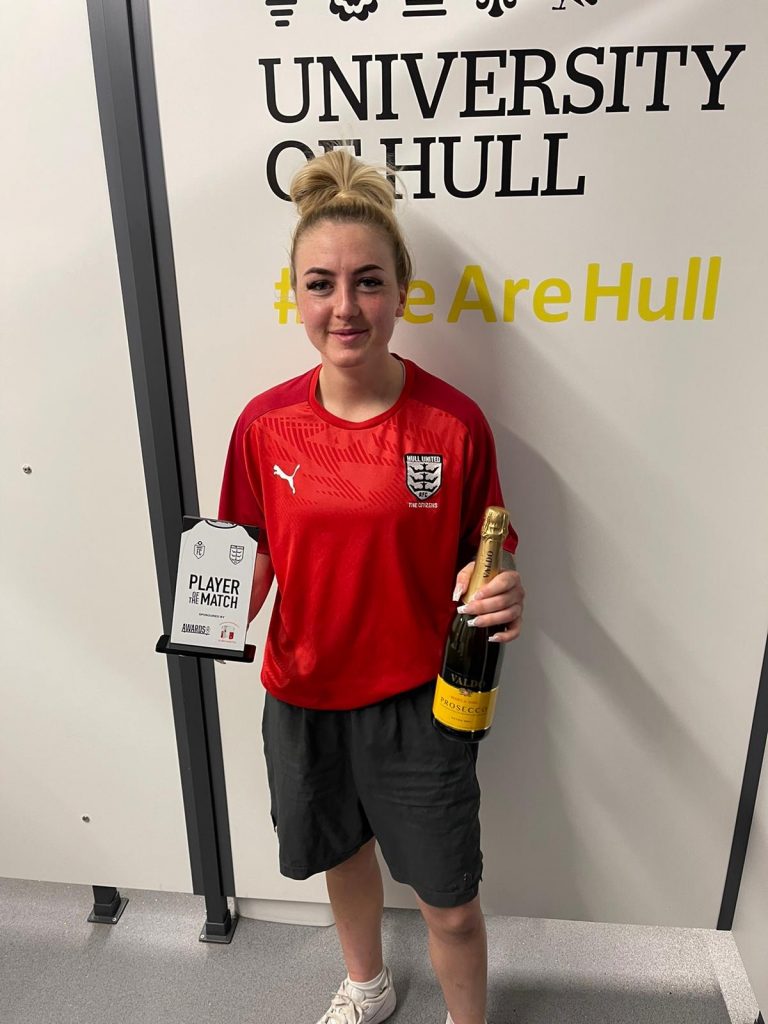