This weekend brought an FA Cup Fixture for the Hull United Ladies against Grimsby Town, looking to bounce back from last week’s league defeat Hull United put out a strong 11 and strong bench of Amy Ward, Emma Smith and Jen Randell. Right from kick off Hull United gained and dominated possession. Millie Sharp picked up the ball around 30 years out and let a shot fly, giving the Town keeper no chance! 1-0 United. This gave United the confidence to be more creative and dominate the game. Shortly after United found themselves 2-0 up after a well taken goal from Josie Groves, who then added another not long her first. United, full of confidence grew more and more into the game, Lauren Holmes played an exceptional ball through to Lois Damms, who took it on her left and the ball hit the back of the net for 4-0! Half time Hull United 4-0 Grimsby Town.

United came out for the second half, with Lewis making just the one substitution and Emma Smith came into the game. United played some lovely passes and created plenty of chances and it wasn’t long before one of the chances was put away. United earned a corner, allowing Josie to put a ball into the box which was met by captain Becky Walker who headed the ball into the back of the net to make it 5-0 to the home side. United we’re unstoppable at this point and we’re just running riot, Lois who ran her socks off all game, bagged herself another goal after a great through ball set her free allowing her to calmly slot pass the Town keeper. And United weren’t finished there, Lauren Tate managed to get herself her first goal of the season to top the game off with a lovely lob of the keeper to make it 7-0 to United.

Today’s player of the match award went to Lois Damms, 2 goals and a lot of hard work and dedication out on the wing!

Next week the ladies are back in league action and travel to South Shield. 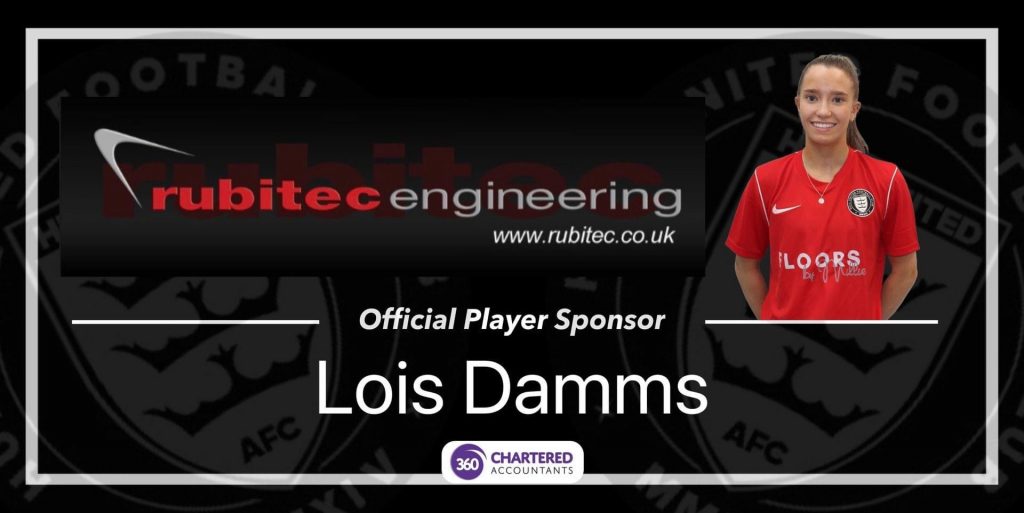