At the weekend United entertained North Ferriby in the County Cup. This was a tough encounter for the first team as they had to be on it from the first whistle to ensure there was no cup scalp.

United had to make a few changes with Millie O’Neill, Tonya Wild-Storr, Eleanor Robinson and Sarah Walters all missing the game for various reasons. This meant Managers Lewis Poucher and Mel Marsden had to make some tweaks to the formation and personnel.

United started again quite slowly playing at a tempo that didn’t really suit them, however, as the game progressed they slowly started to improve. A couple of solid saves from the opposition keeper in the opening 15 minutes kept Ferriby in the game, but moments later United were in front. Some great free flowing football set Lauren Tate through one-on-one who calmly lifted the ball into the far corner to make it 1-0.

United seemed to wake up and pressed on for a second, the middle three of Suey Smith, Millie Sharp and Emma Smith started to dictate play and control the game. The second came with a great ball from Emma Smith resulting in a great finish from Amy Ward to make it 2-0.

The new formation for the day seemed to cause North Ferriby all sorts of problems as Jade Newlove caused havoc down the right hand side and delivered some great crosses into the box. However, our forwards were unable to get onto the end of them. The third came after some good football from the middle three who then released Amy Ward again to make it 3-0 just before half time.

The half ended and United were 3-0 up, the second half began in similar fashion with United having the majority of possession, but unlike the first half they couldn’t put the chances away. United pushed on and had two debacle offsides pulled against them. A goal from Lauren Holmes was also disallowed goal to keep United from adding further goals. As the game progressed into the final stages, Jess Derbyshire did some great work down the left hand side and put a great cross in for Amy Ward who tucked home her 3rd of the day and made it 4-0 to the home side.

Lewis Poucher added “Overall it was a professional performance from the girls today considering the list of people we had out I was glad to see us come away with the win. The girls played some nice football at times and kept it very well. The girls know we have some things to work on to ensure we play at a better level over the coming weeks, but it was good to get us back out there. We had a number of players who needed 90 mins under their belt so I was glad we were able to do that. Special mention to Amy Ward who collected the player of the match today. She battled through after being poorly all week and delivered with a hat trick, she took all three goals very well and we’re very pleased to see her get on the score sheet. We prepare ourselves for the coming weeks as we have some tough games to come, we know we will need to be at our best if we want to continue this winning run.”

United are now through to the next round of the cup. United will take on Wakefield at home on the 5th of December in two weeks’ time. 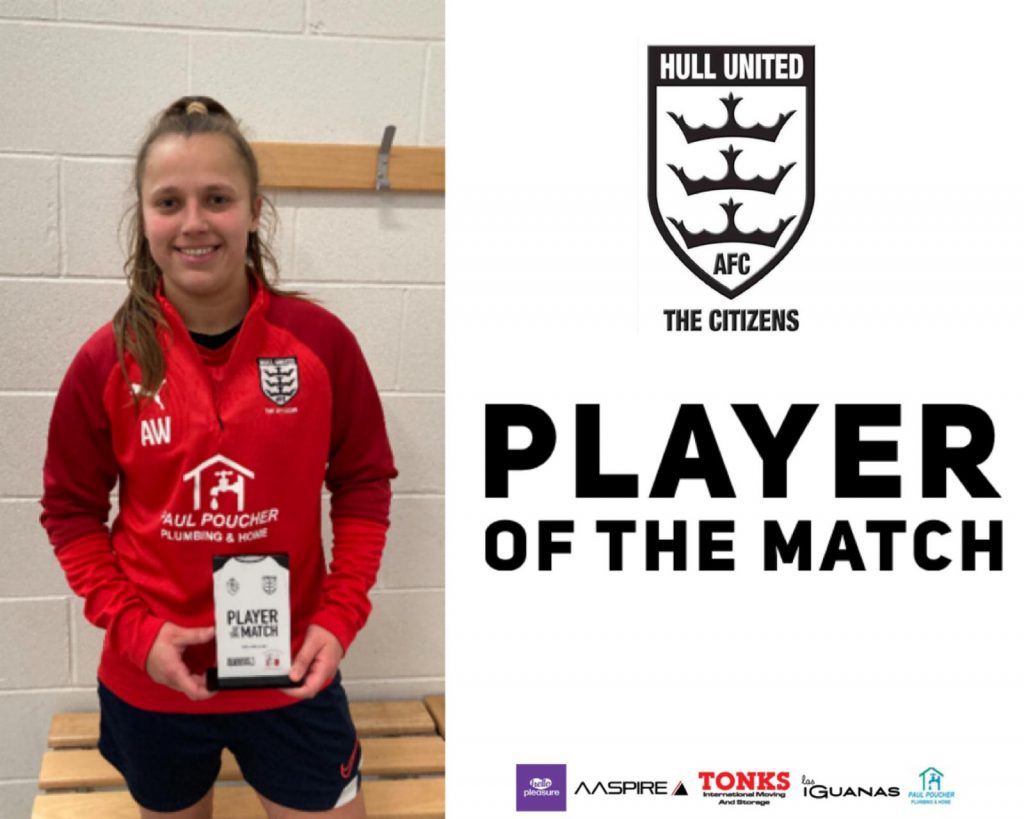