Ladies go top with a win against York Ri

The final game of 2021 meant a top of the table clash against high flying York RI. York have had put in some very strong performances and were unbeaten in the league in their opening matches.

United were looking to continue their unbeaten run and climb to the top of the table for Christmas. Manager Lewis Poucher had a strong squad to pick from this week with the only absentees being Courtney McConville and Chloe Robinson due to injury and Millie O’Neill due to work commitments.

Lewis shuffled the pack slightly bringing Kacey Watson into the defence alongside Becky Walker which meant that Eleanor Robinson was able to slot back into her usual left back position. In midfield after a late drop out of Lauren Holmes for medical reasons (hungover), Suey Smith slotted in to sit alongside Millie Sharp and Amy Ward. Up front we had Tonya Wild-Storr, Jade Newlove and Lauren Tate who were all starting together for the first time in a while.

The game started very well for United who seemed to be keen to press York high up the pitch which meant York were struggling to get any foot hold on the game. United however couldn’t convert any of their opening chances and were nearly caught out at the other end if hadn’t have been for a quick reaction save from Sarah Walters to keep the game all square.

After that moment of brilliance from Sarah this seemed to spark United again and finally got their reward when Lauren Tate was put through by Millie Sharp who rounded the keeper calmly to make it 1-0 to United just before the half time whistle.

At half time Emma Smith was introduced to replace Tonya to freshen things up further up the pitch. United again came out pressing high and played some very nice possession based football which meant York struggled to get into the game. Shortly afterwards United got their second from great work from Amy Ward who smashed the ball home to make it 2-0 to United.

United continued to press and got their third goal again through great play with Emma Smith heading it home for the 3rd. The game stretched out as United dominated possession and United got their 4th and final goal. Great work from Tonya down the right wing before cutting it back to Eleanor who smashed the ball home to make it 4-0.

An overall brilliant performance from the girls today with all of them working hard for each other. With that win United go top of the league for Christmas.

Manager Lewis Poucher added “ A great performance from the team today. At the beginning of the game I asked the girls to bring the intensity back that we had at the start of the season which we’ve been lacking slightly. However today I thought that everyone brought their top game and we thoroughly deserved all three points. It’s great to sit top of the tree at Christmas but we have a long way to go and some tough fixtures to come in the new year. Right now we will enjoy being at the top of the table and go into the winter break very happy. I asked Ryan to pick the Player of the Match but overall we went with the full squad as everyone of them deserved it for us!

United return after Christmas with a home fixture against Altofts. 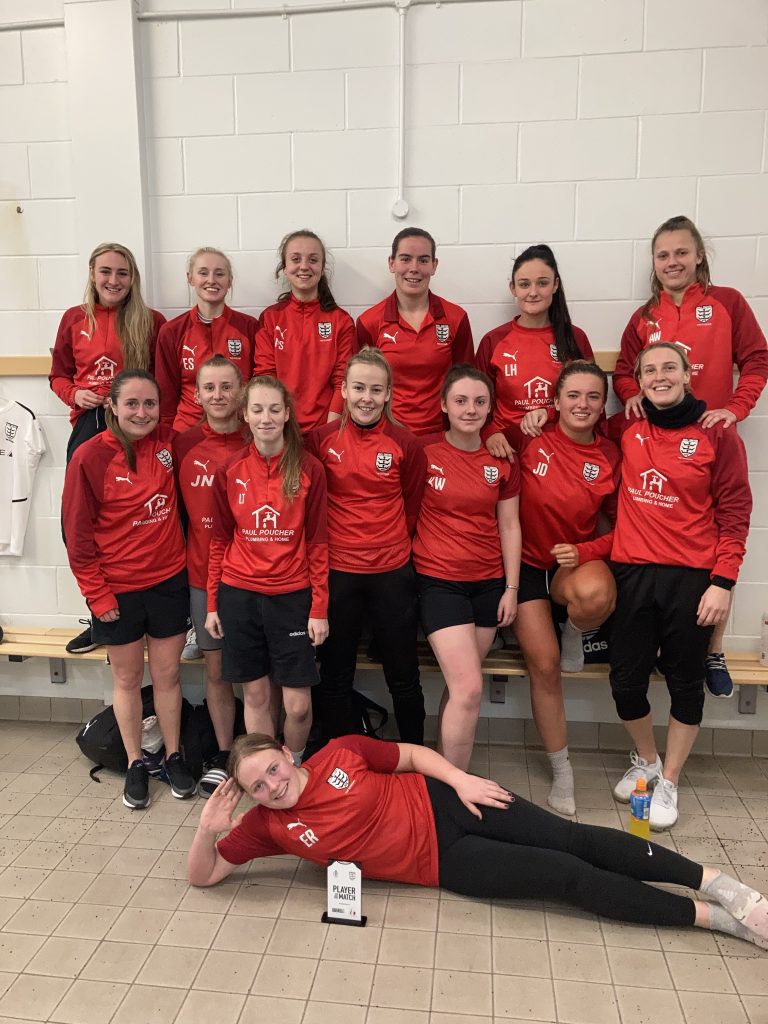