Hull United kicked off their opening match of the 22/23 season with a home game to Blyth Town Ladies. United, newly promoted to the NERWFL premier division, entered the game unknown to their opposition. United had around 8 first team players missing, giving manager Lewis Poucher a hard time choosing a starting 11 and Lauren Holmes captained the side for the first time.

United started the first half off slowly, loose passes here and there, barley any communication and not grafting as a team. Blyth took the lead after a well worked corner ended up in the United’s net. This didn’t seem to spark Hull United’s fire, and this resulted in Blyth scoring their second goal of the game. Half time 0-2.

The second half saw Hull United come out of the blocks straight away, after a stern talking to by Lewis at half time. United grew into the game and began to become more confident on the ball and strung passes together, creating plenty of opportunities for the forwards to run onto. Eleanor played an exceptional ball through to Jen who latched onto the ball and lobbed the Blyth goalkeeper, and it was game on from here. United had plenty more chances but couldn’t find the back of the net. Captain Homsley stepped up to play right back due to an unfortunate injury to Ellie.

The clock was ticking and United were looking to find that equaliser, up stepped Lauren Holmes from about 35 yards out in the 89th minuet came up with an absolute scorcher, first time shot hitting the top corner!! This gave United the incentive to go out and find a winner, unfortunately the ref blew the whistle and the game was over. United were unlucky to not take away the 3 points from this game however they can take away plenty from this, the effort and desire from all the girls in the second half was outstanding. And now we move on to prepare for an away trip to Redcar on Sunday.

Player of the match went to Millie Sharp who is sponsored by Dual Gas Services. 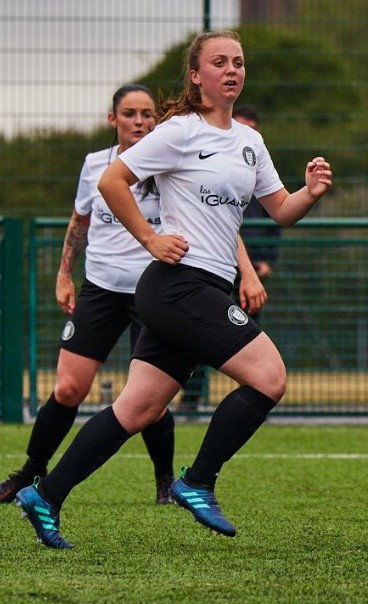 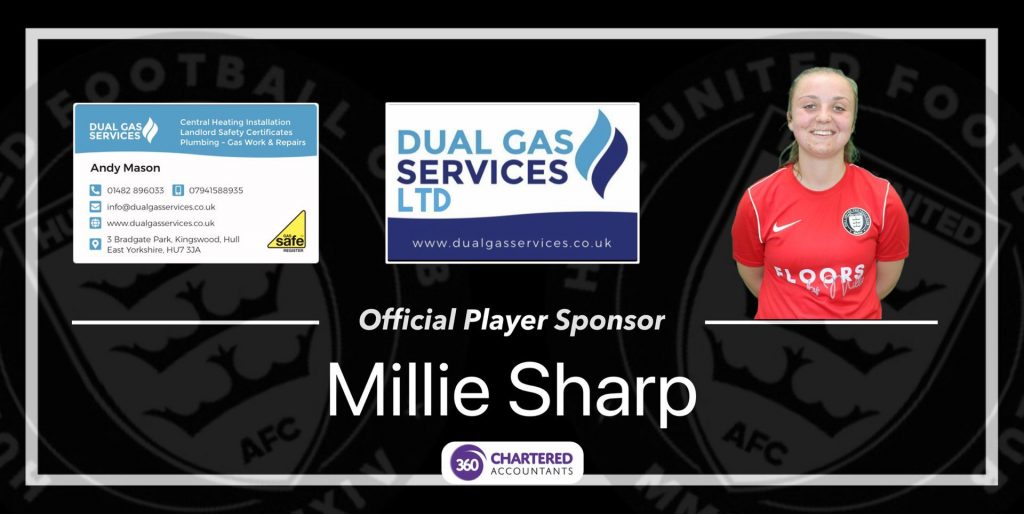