Eager to bounce back from last week’s defeat, Hull United faced same opponents as the week before, Wakefield Trinity. Lewis Poucher changed formation in, with Sharla Cone making her debut at left back, a midfield of Lauren Holmes, Lily Tankard, Mille Sharp, Lois Damms and Lauren Tate, with Josie groves starting upfront. Before kick off a minute silence was held to remember the fallen soldiers.

United kicked the game off and pass the ball around the park, dominating possession, and winning every individual battle. Goal keeper Sarah Walters was kept quiet for the most part of the first half, although when called upon she pulled out some cracking saves! The midfield 5 worked tirelessly and linked up well together creating plenty of chances and keeping the Wakefield keeper busy, who in all credit pulled out some good saves to deny the United ladies. Late on in the first half, United had a free kick not far from the edge of the box and up stepped Millie who forced a save out of the Wakefield keeper. The first half came to an end 0-0.

Out came the ladies for the second half raring to go, from the off they closed down and pressed as a team. Lewis introduced Ellie at around the 50 minute mark, who slotted in well although managed to gain herself a yellow card. Shortly after Jen was introduced and a change at the back saw Millie dropping into CB. Wakefield got their first goal of the game by a ball in behind which allowed the Wakefield striker to run through on goal and score. This seemed to shake Hull abit and shortly after Wakefield had another one after unmarked corner lead the player to be free, scoring a volley from short range. The last 20 minuets came and United gave it there all, creating chances but just couldn’t find a way through, Sarah again pulled off some exceptional saves to keep the game at 0-2 going into the final 10 minuets where. Full time 0-2.

Next week sees the ladies in County Cup action against Preston.

Player of the Match award went to Sarah Walters, after an outstanding performance in goal. From playing out from the back, to getting us up the field, to pulling off brilliant saves, she hardly put a foot wrong all game.

Player Of The Match Sarah Walters 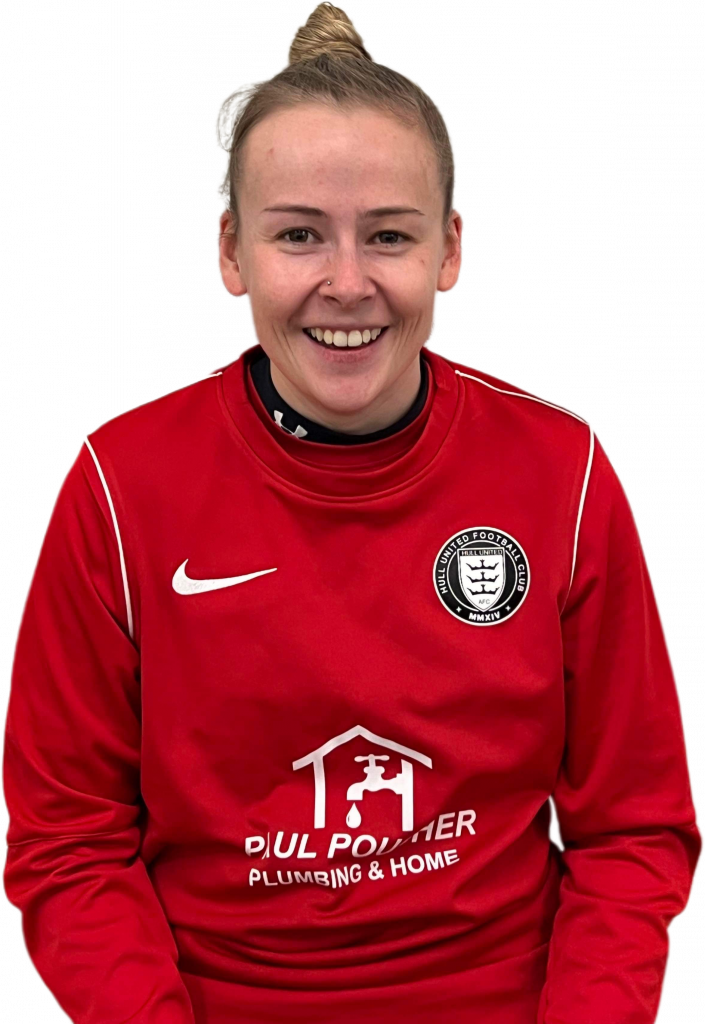