Hull United Ladies played Langtoft Ladies today for the third time this season. A squad ravaged by injuries and the utilisation of stand in keepers, ultimately resulted in a poor performance by Hull United in this game.

Coach Dave Blain shared “ I am sure there were many factors that affected the girls, but that was an unacceptable display that I witnessed today.” An extremely slow start to the game ensured there were very few scoring chances in the first 20 minutes. Hull United Captain and stand in keeper Charley Sutherby, had very little to do in goal, but deserves special praise for volunteering to play in that position for the team. Charmaine Pinder in midfield was playing some great through balls but United’s attackers failing to convert any chances until just before half time when Carmen Hall cut in from the right wing and slotted the ball past the keeper. Half Time 1-0

The second half started in the same flat fashion for Hull United despite the efforts of the players. Despite this, another good run by Carmen Hall created an opening in the Langtoft defence and she again beat the Langtoft keeper making the score 2-0. To their credit Langtoft created a few scoring opportunities of their own, but some great defending from Skie Wyatt earned her the Player of the Game award and kept United in front. Another great ball from the midfield allowed our youngest player Izzy Grant to smash the ball into the net making it 3-0 for United. A disappointing last 20 minutes from United allowed Langtoft ladies to have much of the possession and dictate the play in midfield. Ultimately this would lead to Langtoft scoring a well deserved goal and making the game a close competition. Three more points in the bag, but lots to work on for next week in the United camp. 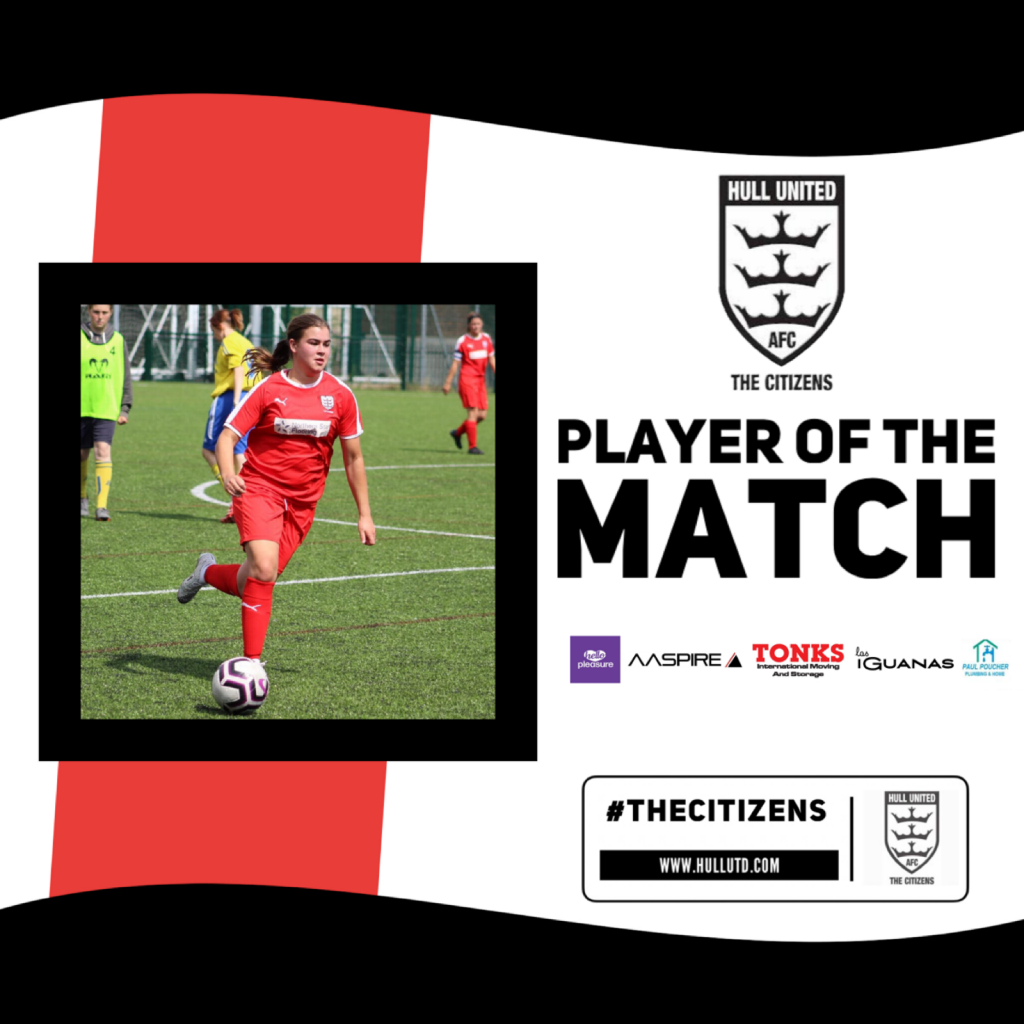