United started confidently and on the front foot in the early stages of the game. The early pressure paid off and Tash Linford continued her scoring streak with a well taken goal. United appeared to drop their intensity for the next 20 minutes allowing Driffield’s midfield the opportunity to play some great balls through to their front players. United keeper Kirsty Bannister again showing great awareness and commanding her area to thwart Driffield’s attacks. Half Time 1-0.

The second half saw a balanced game with both sides pushing forward for scoring opportunities. United created a second goal from some great pass and move play down the right of the pitch. Culminating in Tash Linford again scoring an overhead goal from just inside the Driffield box. Driffield again continued to press and changed formation which paid dividends as they managed to pull a goal back making the score 2-1. An injury to captain Nellie Rawson allowed Jamie Leigh Neale-Wright the opportunity to enter the game. With almost immediate impact, Jamie-Leigh was able to score a further goal with a sweetly struck shot across the Driffield keeper making it 3-1 to United. This remained the final score and ensured United keep their winning run alive.

Coach Dave Blain commented” we are pleased with the win and three points, but we need to reflect on today’s performance and improve some aspects of our game” .

Player of the game was awarded to Carmen Hall who was outstanding in defence and attack today. 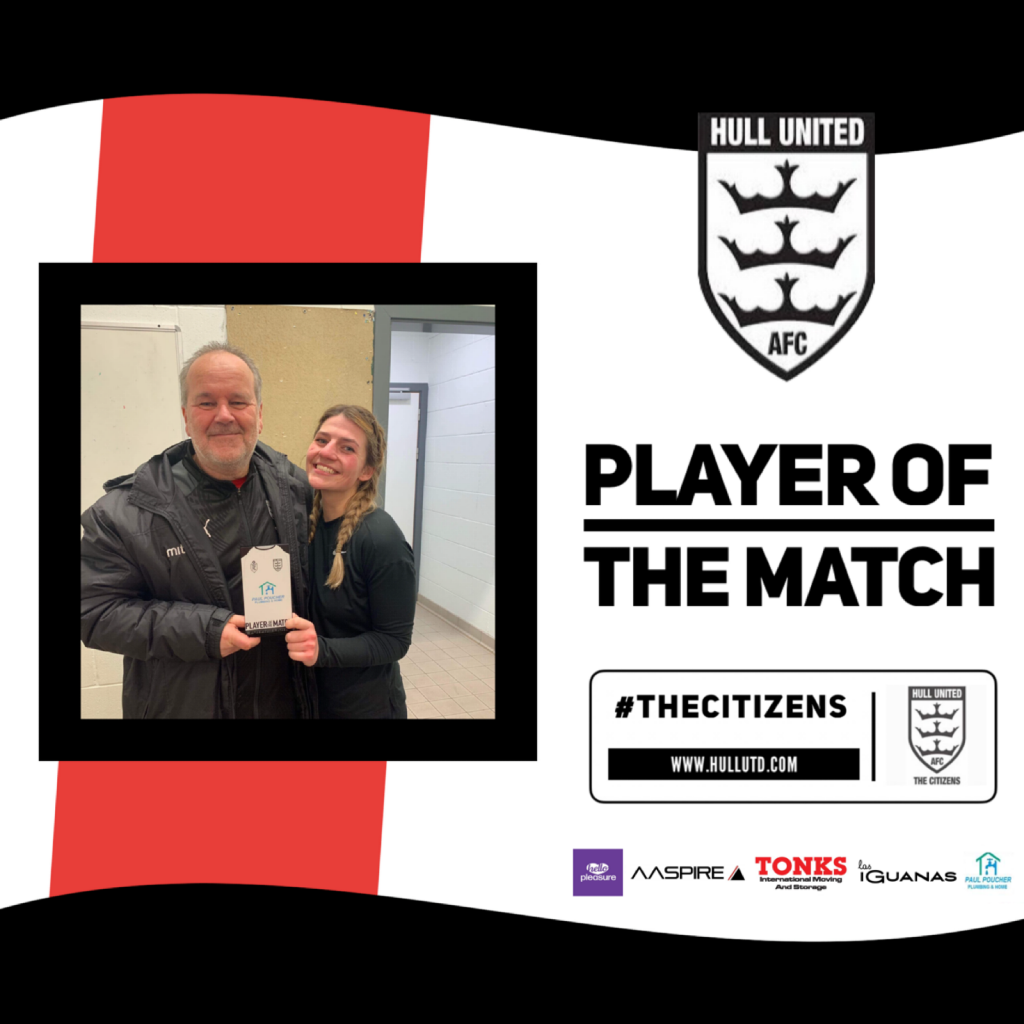