This week Hull United Women’s Development faced Preston AFC in the semi-final of the cup. Due to a number of absences and injuries United set up with the bare 11 and were ready to put up a fight again a very strong Preston side. Both teams started well with the United defence of Kacey Watson and Skie Wyatt taking charge of the Hull line with Phoebe Whitfield and Charlie Holmes at full back. Both sides had good spells of possession with Preston creating more of the chances and lobbed the United goalkeeper to take them 1-0 ahead around the 20 minute mark.

When the game restarted United gained more possession and played some decent football in the centre of the pitch with Hannah O’Malley, Chamaine Pinder and Evie Barrett working well together providing wide balls to Izzy Grant and Nellie Rawson on each wing. Preston went on to score another 2 goals before the half time whistle, Preston were 3-0 up at the break.

United came out in the second half ready to put up a fight for the remaining 45 minutes to try and get something out of the game. United pressed high and 17-year old Jamie-Leigh Neale-Wright lead the line throughout the game to earn a well-deserved player of the match performance. The team grafted throughout the second half and managed to prevent Preston from converting more chances with the United goalkeeper Kirsty Bannister making some vital saves. Both teams worked hard but Preston were able to make another break through and get a goal late into the second half. The game finished Hull United 0 Preston AFC 4 despite the hard work by all the girls. Player of the Match was awarded to Jamie-Leigh after a very strong performance leading the United line and worked her socks off for the team in a very hard game. 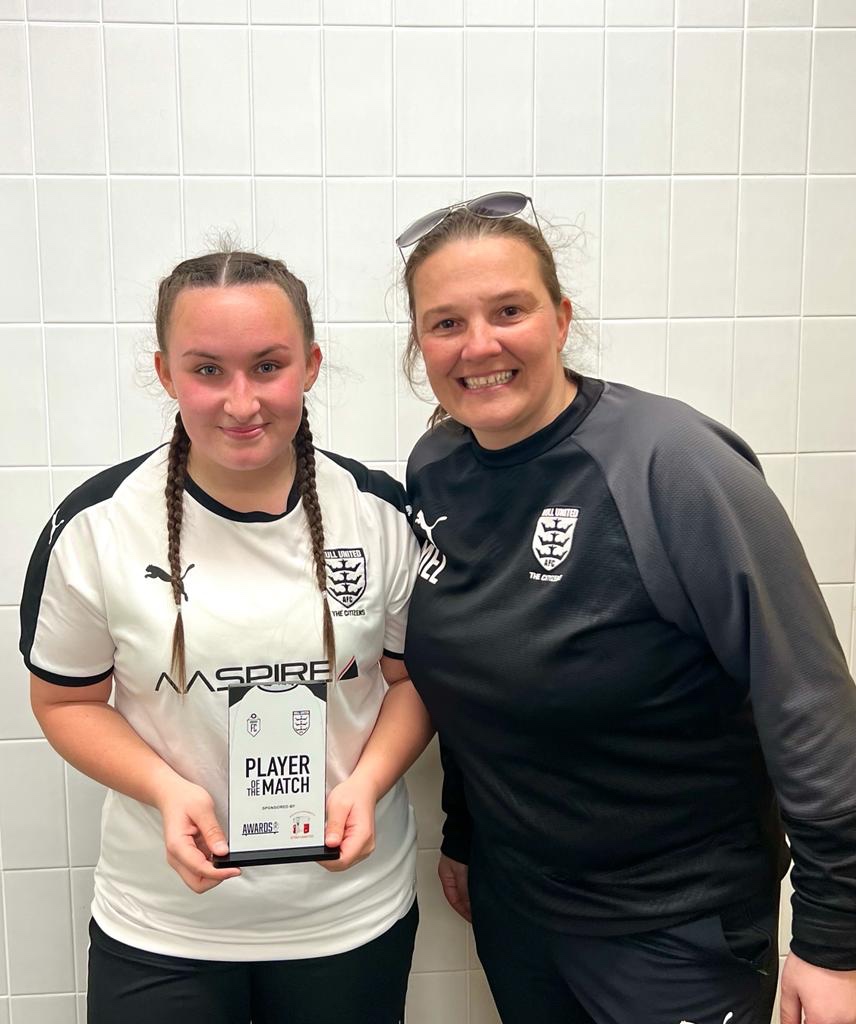