This week Hull United Women’s Development welcomed Beverley Town and were looking to build on their brilliant performance from last week.

United started the first half bright despite the windy conditions dictating most of the play. United’s centre back pairing of Kacey Watson and Rosie O’Rourke worked well keeping the opposition forwards quiet for the majority of the first half. Gemma Bentley and Bekah Pratley worked well at full back providing an outlet for Phoebe Whitfield in the United goal.

As the first half progressed, Captain Chamaine Pinder and Aimee Ayre had a spell of great play in the centre of the pitch before playing through Dani Walker Muff Burke and Katie Hughes but neither were able to convert their chances. United had a number of chances after some quick play between Gemma Bentley, Aimee Ayre and Lucy Witty on the right wing and then playing a killer ball through the defensive line for Katie Hughes to attack, however despite being brought down in the penalty area no penalty was given. An early injury to Gemma Bentley allowed Olivia Ombler to be added to the squad while Gemma received some treatment.

Late on into the second half, Beverley Town was awarded a free kick 30 yards out. The visitors took the lead after a well placed corner was beyond Phoebe Whitfield in goal. United pushed on and looked to find their equaliser but were unsuccessful facing into the wind. Beverley Town was awarded another free kick close to the half-way line and due to a lapse in concentration United allowed Beverley to pounce onto the rebound at close range shortly before the half time whistle. United 0 – Beverley 2.

The game restarted and United were looking to correct the mistakes from the first half and progressed well, finding some space on the left wing between Charlie Holmes and Bekah Pratley. United were through on goal and was once again brought down in the penalty area, this time a penalty was given providing the opportunity for United to remain in the game. Aimee Ayre stepped up to take the penalty however after a brilliant save from the Beverley keeper the score line remained the same. United kept pushing to find the goal they deserved but were kept quite due to a very good opposition keeper. The full-time whistle blew after a goalless second half.

After the game Mel Marsden added “ Its a difficult one to take today, I think we deserved something out of the game. We had 2 players that dropped out at last minute due to illness which did not help with us only having one sub. But we don’t feel sorry for our self’s we work harder at training and go again next week against Malet in the cup. The squad is improving every game which is pleasing to see. ”.

After a brilliant performance player of the match was awarded to Kacey Watson. United turn their heads to the League Cup next week as they face Malet Lambert.

Player Of The Match Kacey Watson 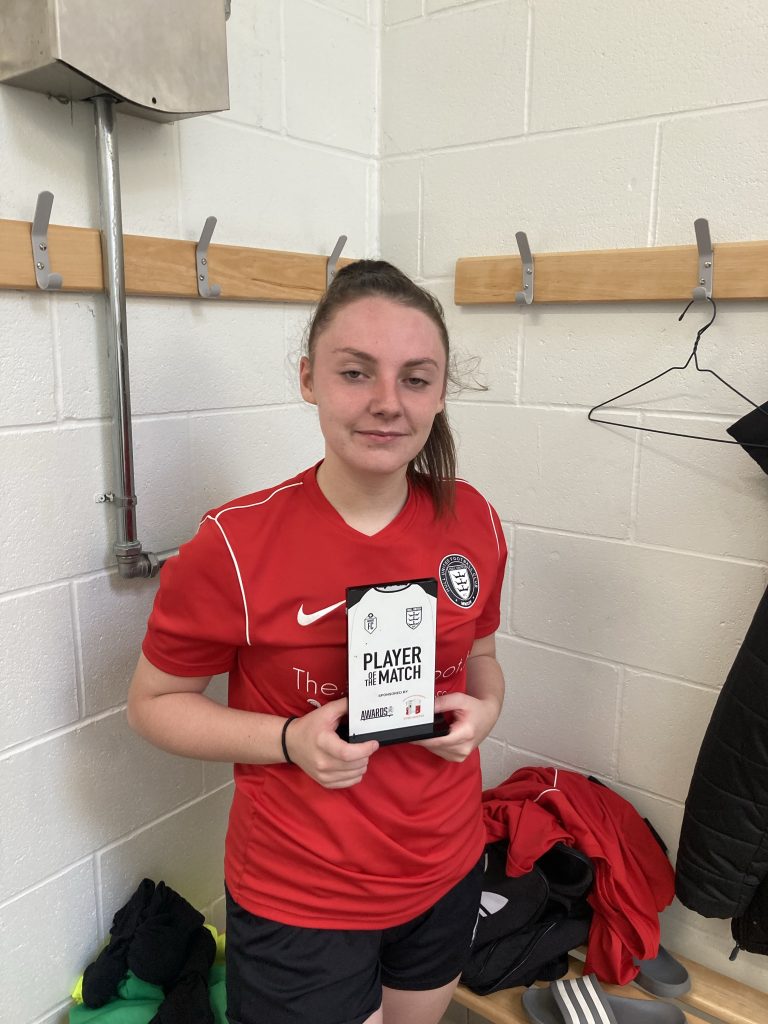