We welcomed Gilberdyke Phoenix FC to Steve Prescott centre with United looking to maintain their stay at the top of the league. The game was even for the first 20 minutes of the game with both team battling hard across the park, however it was United that broke the dead lock on the 23rd minute when Paul Goldie slid a ball through for Joe Ward, Joe not giving the keeper to set himself, hit the ball early past the keeper from outside the area, 1-0 united. United remained on top and they got their reward on the 43rd minute when Bailey Cook played a bouncing ball into the area with Frankie Longhorn bursting into the box, with the keeper approaching Frankie looped the ball over the keeper 2-0 united Half Time.

The second half started as the first began, Gilberdyke pushing men forward trying to get back in the game, this giving United more space to play in high up the pitch. The 3rd goal came 68th minute when the keeper made a save from Joe Ward, the ball bouncing in the 6yard area, James Hall continuing his run into the box headers home an unstoppable header from close range 3-0. United extended their lead 3 minutes later when Dawid Ostafin whipped in a free kick from the left, only for it to go all the way through the box and nestling in the far corner. 4-0. Joe Ward with a hard run towards the area, sliding the ball to Dawid Ostafin on the 73rd minute, resulting in Dawid smashing home from an acute angle making it 5-0. Gilberdyke got a consolation when their winger reacted quickest, picking up the ball off a cross on the left, cutting inside hitting the ball early from outside the area giving the United keeper no chance to set himself, 5-1. The victory was complete when James Hall hit the bye line, cutting the ball back for the on rushing Joe Ward who smashed the ball into the back of the net on the 85th minute, 6-1 United.

A well deserved victory for the Development squad who are sitting at the top of the league. Next week we welcome Withernsea AFC to the Steve Prescott Centre. Withernsea with be a tough game, a game which the boys will rise too.

Todays Man of the match goes to Joe Ward who was unstoppable today playing in the No 10 role. Truly deserved. 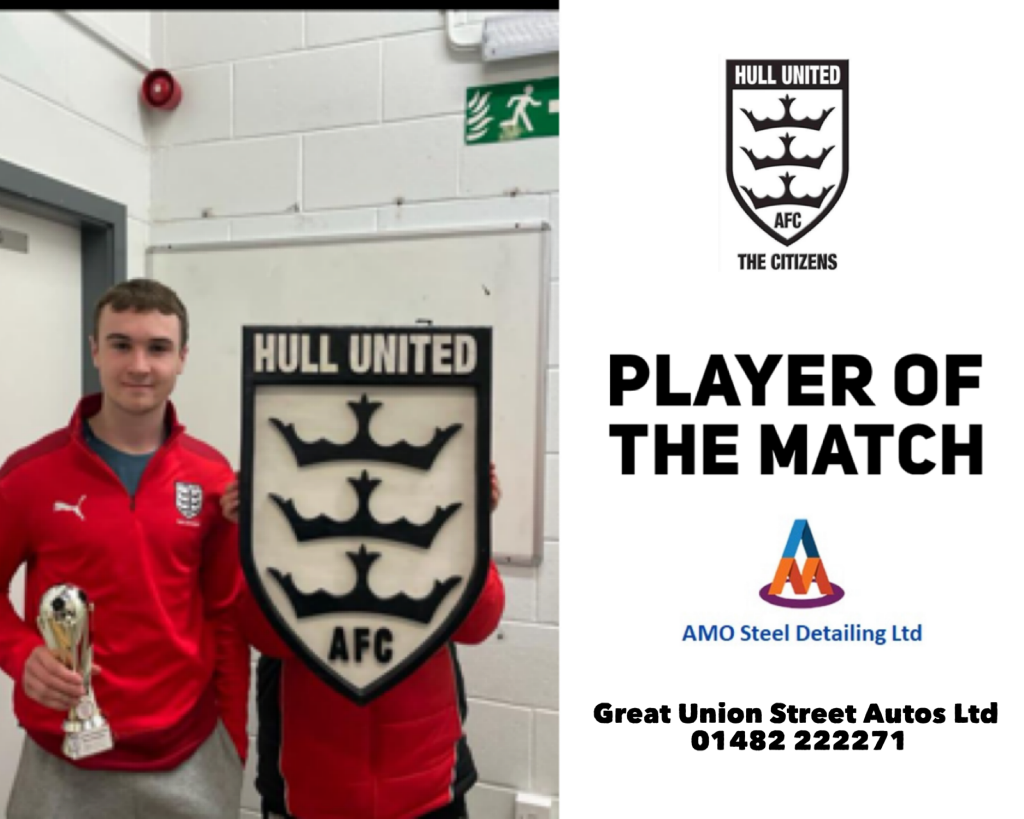