This weekend we welcomed Hull Saints to the Steve Prescott Centre in horrible conditions.

Hull United started quickly with some pressing high up the pitch, the first goal came on the 6th minute when Frankie Longhorn laid the ball back to David Brooke who drilled in a hard low cross into the 6yard area from the right for Joe Ward to tap in from 2yards out. 1-0 United.

The weather playing its part for the remainder of the 1st half with both teams battling hard in the testing conditions, United getting most of their joy down the right with several crossing coming into the area, however they were unable to create any further openings, 1-0 half time.

It was Hull Saints who started quickest in the second half who scored after 2 minutes with a tidy finish from the edge of the area 1-1. United hits back 14 minutes into the second half when Paul Goldie played Frankie Longhorn through 1on1 with the keeper, Frankie waiting for the keeper to commit before dinking it over him, 2-1 United.

The third goal came when Bailey Mccrainor rolled the ball back to David Brooke who whipped a delicious ball in from the left, over the defenders for Paul Goldie to header the ball past the keeper into the far corner, 3-1 United. Saints got themselves back into the game with some neat passing resulting in their cb bursting into the box and tapped home from close range, 3-2.

United’s 4th goal came from Sam Murphy, Sam moving with the ball from the left side of the box towards the right before shooting hard and low, the keeper unable to keep hold of it as it wriggles free and goes into the bottom corner, 4-2 United. United’s keeper John Harrison pulling off a great save low to his right deep into the second half keeper the score at 4-2. United battled hard for the remainder of the second half to hold onto the victory and progress into the Quarter Finals of the cup.

Man of the match goes to Bailey Cook who worked hard and controlled the midfield.

Back to league action Next week as we welcome Gilberdyke Phoenix FC to the Steve Prescott Centre, United looking to continue their run at the top of Division 2. 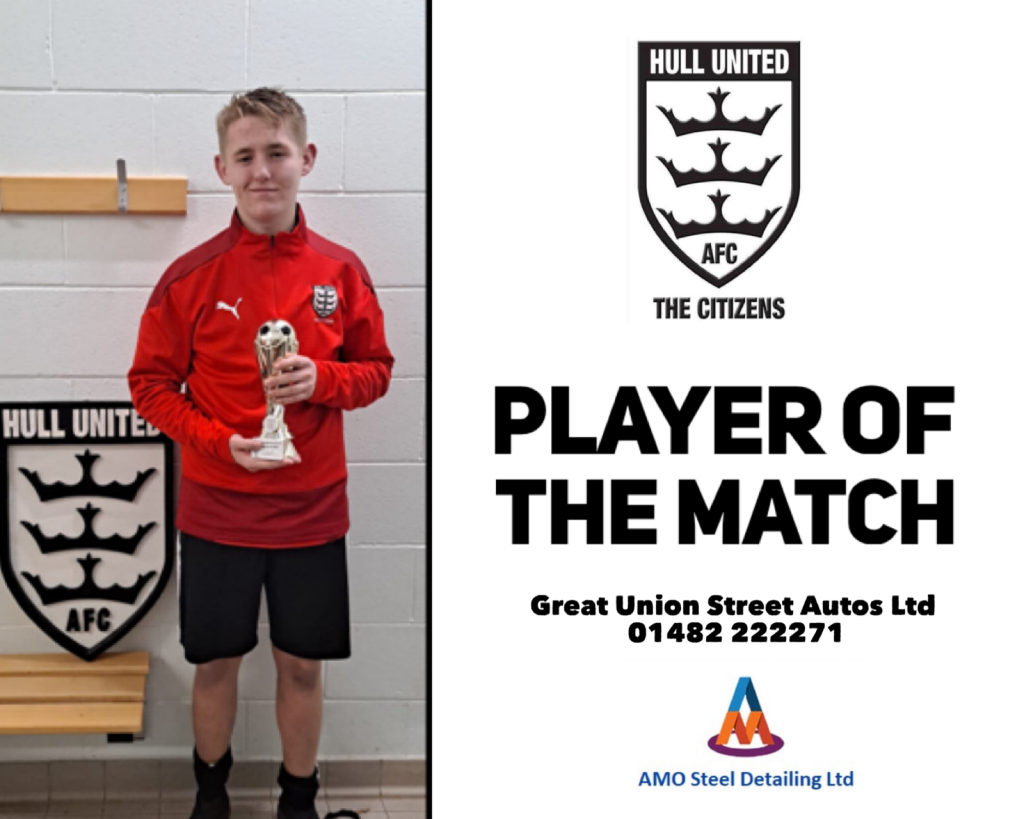