United welcomed high flying Withernsea side to Steve Prescott centre. United knowing that this game would be a constant battle.

The first half was a battle across the whole park with very few clear chances created. Half time 0-0.

It was United that started the quickest just 7 minutes into the second half when David Brooke picked up a loose ball on the edge of the area, controlling the ball then smashing it past the stranded keeper 1-0 United. United got their second of the game on the 62nd minute, when some good work between Junior Mussa B and Paul Goldie in the box resulted in Junior been fouled. Up steps Paul Goldie, top corner from his left footed peno! 2-0 United.

Withernsea got their 1st of the game when the Seasiders forward capitalised on a defensive error, sliding the ball past the keeper. United had their backs against the wall for the remaining 15 minutes, however Withernsea was unable to break down the hard working and stubborn United defence. 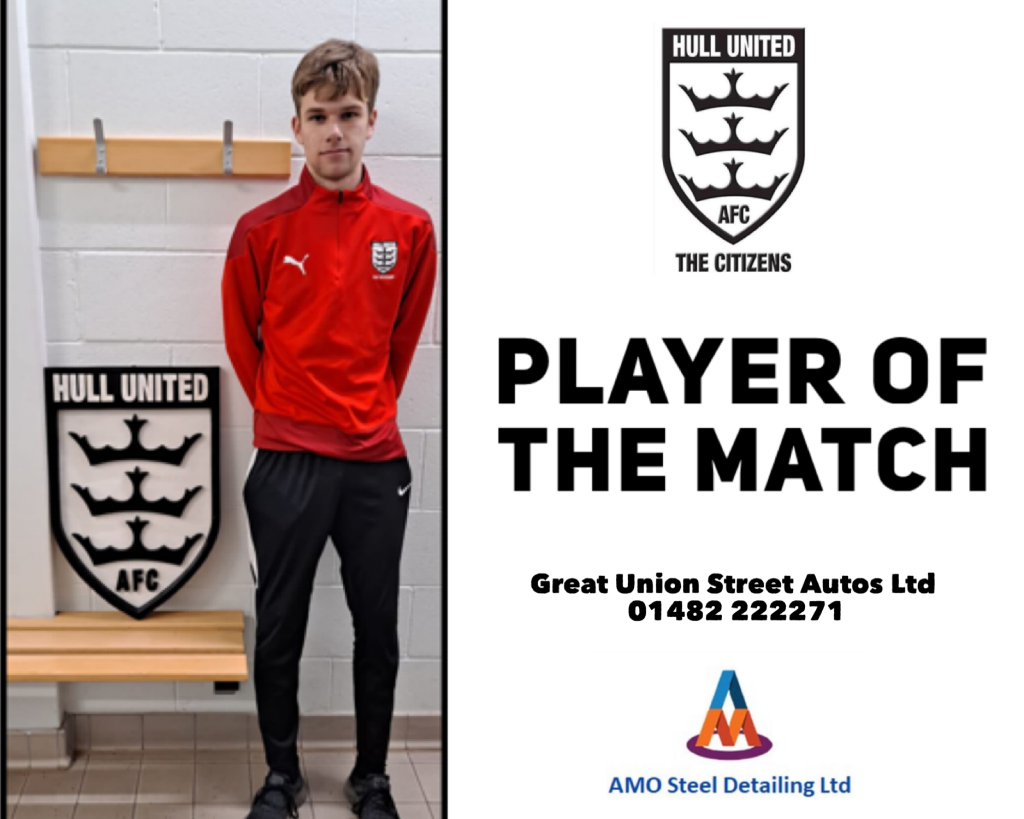