We welcomed Easington United Reserves to Steve Prescott Centre, looking to maintain our fine form in the league.

Hull United started quick with high pressing and high energy high in the Easington Half. The first goal of the day came when Jimmy Hall and Paul Goldie played some tidy football on the edge of the Easington area, a nice one two with Jimmy Hall bursting into the area, heading the ball into the ground then smashing the ball into the top corner with a right footed volley, 1-0 United. United played some good football down the right with Frankie Longhorn looking dangerous, however the second goal came from the left as Dwaid Ostafin burst his way into the area, drilling a ball across the goal for James Frederick to tap into an empty net 2-0 United. United restricting Easington to very few chances, with their main threat a long ball into the box. Hull United 2-0 half time.

The second half start the same as the first, United dominating the majority of the pitch however the 3rd goal went to Easington, a long throw into the box, a mix up between the keeper and the defender resulting with the ball squeezing in at the near post, 2-1.

United hit back not long after, Paul Goldie with a side volley splitting the defence for Frankie to run onto and sliding the ball past the keeper, 3-1. United continued to dominate play, United got their 4th when a cross was headed back into the box from Frankie Longhorn, with Skipper Max Slide looping the ball over the keeper with a header into the top corner, 4-1 United. Easington hit back with their second of the game when their winger cut inside to just outside the area, United’s defence failing to close him down, places it to the side of the keeper, leaving him no chance. 4-2.

With Easington pushing to get themselves back into the game, United got their 5th when David Brooke played a delicious cross field ball to Frankie Longhorn, Frankie getting to the by line, cutting the ball back, Dwaid Ostafin smashing the ball past the keeper 5-2.

The final goal came with some great pressing from Harvey Sunman resulting in Junior Mussa B sliding the ball under the keeper to end the game 6-2.

A very deserved win for the Development team with 6 players getting on the score sheet. United move to the top of the league for the first time this season.

Next week we are at home again against Hull Saints in the cup.

Man of the Match goes to Bailey Mccrainor. Bailey was composed and solid at left back. 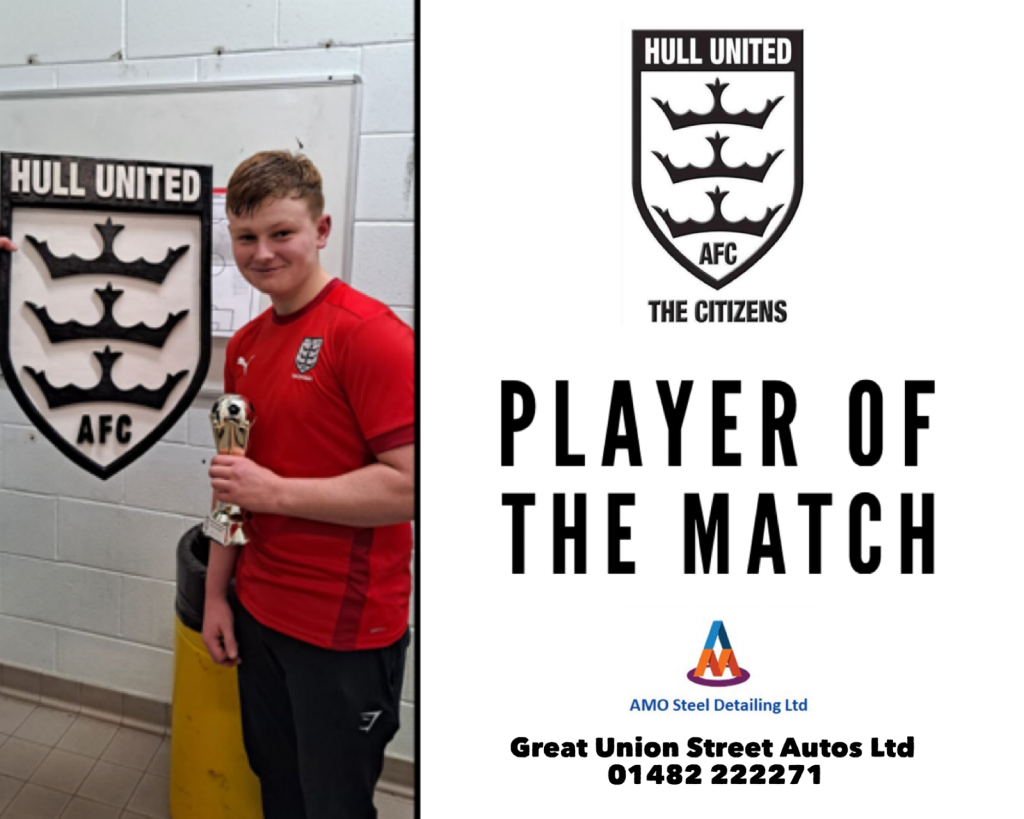