Hull United travelled to Bishop Burton looking to get back to winning ways after last weeks loss. This week we had made some changes, having 3 17 year olds in the back 4, with Pete Stalled, bringing the average age down to 30. The first half was a hard fight between 2 teams looking to take home the 3 points and it was Hull Saints who took their chance just before the break when the striker cut in from the left and hit a hard low shot into the bottom corner from outside the area, with the United defence unable to close down the forward, 1-0 half time to Hull Saints.

United started the quickest in the second half, a long throw from Paul Goldie, which was flicked on by Max Slide resulting in Junior Mussa B smashing home a volley from close range 1-1. United’s second goal came from the same combinate, but this time it was Jimmy Hall on the end of the flick on, smashed home from close range with the Left foot. 1-2 united.

As the game progressed it started opening up and started to get a bit firstly. Saints got the final goal of the game when their striker reacted quickest off a great save from Jonny Alsop, to tap in the far corner. 2-2.

Man of the Match Ben Sawdon, one of the young lads who played in the back four, absolutely solid at the back putting in some great tackles and fighting spirit. 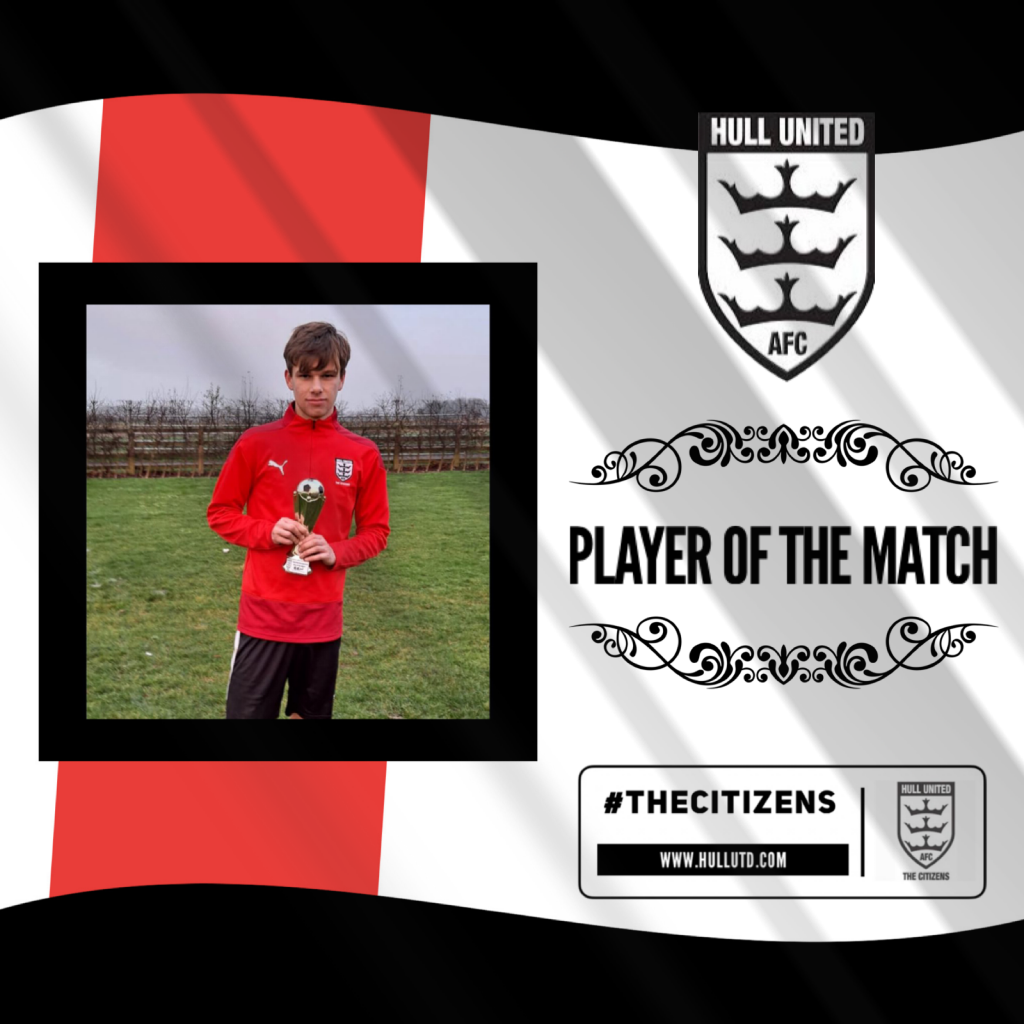