We travelled away to Haltemprice AFC who are 2 points behind us and unbeaten in the league.

A wet and windy affair on a grass at Hull Uni, knowing the quality wouldn’t be great due to the conditions, the game started with both teams sitting deep and hoping to react of some long balls off the defenders made it a scrappy game. The opening goal came midway through the first half after the keeper drilled the ball to his centre back, unable to control it, Junior Mussa B closed the player down and tapped into an empty net 0-1 The United. The first half finished as it started, a battling affair.

The wind playing a vital part in the second half, there wasnt a great deal of football, however both teams battling hard across the park, Haltemprice pushing hard for the equaliser, however the United defence was holding their own for the majority of the second half. However their resolve was broken with some neat football on the left hand side before a free man inside the box managed to loop the ball into the far corner, 1-1.

United rallied in the final minutes of the game, creating a couple of chances, the last one coming in the last minute after a mistake from the Haletemprice keeper, however he made two point blank saves to keep the game at 1-1.

A hard faught game, with both teams sharing the spoils. A fair result for both teams. United have a week off next week, before moving onto Easington United Reserves at home on the 20th November.

Today man of the match goes to Ben Sawdon, Ben was solid at right back, winning ever duel that was put in front of him! A well deserved award. 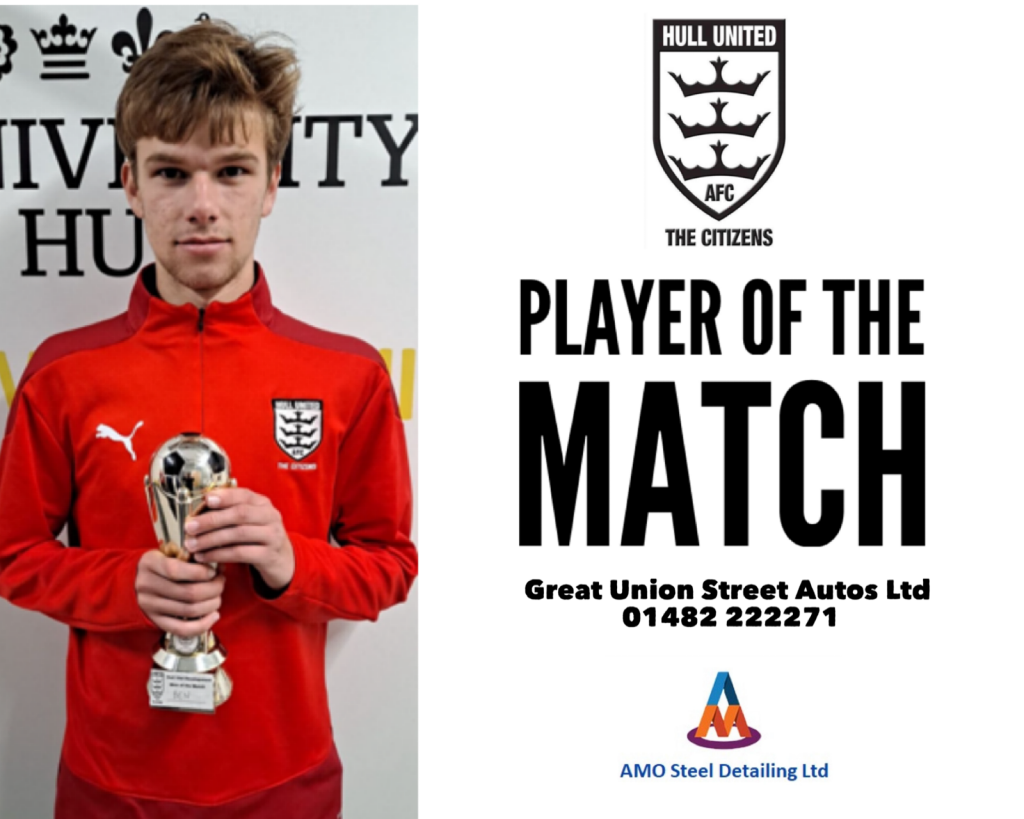