Hull United Ladies entertained Hall Road Rangers ladies in a game that had the location changed due to weather and pitch conditions at Haworth Park.

Hull United Development Team had an early line up change due to an unfortunate injury to Emma Johnson.

The first half was a closely contested match with both teams creating chances in and end to end game. Strong performances from Chelsea Atkinson and Kacey Watson ensured Hull United managed to thwart most of Hall Roads attacks. Kirsty Bannister in goal for United also provided great leadership for the defence and commanded her area at all times, making one good save in the first half to prevent Hall Road from scoring. Shortly after her introduction into the game, Ellie Worsley played a sweet ball through the Hall Road defence and the improving Carmen Hall, calmly slotting the ball into the bottom corner. 1-0 to Hull United and remained this way until half time.

As the second half started, Hall Road were on the attack and pulled themselves level with a fantastic shot to level the scores. The second half of the game was contested in great spirit with chances for both teams to score further goals. Lots of the game was played in the midfield area and testament to both sets of players who worked hard in this area. United managed to break through following Ellie Worsley winning a header in midfield. After a lay off and return, Ellie accurately slotted the ball home giving United a 2-1 lead. Both teams maintained focus and attempted to push for further goals in an entertaining match. Hull United managed to defend their lead despite some late pressure from Hall Road, finally winning the game 2-1.

Coach Dave Blain added ” I am so proud of the ladies for their efforts today. I am also very pleased with the progress we continue to make this season and the attitude of the players who follow the instructions we give them in games”. Player of the Game was awarded to Chelsea Atkinson who was magnificent in midfield today.

Next week the Ladies take on Driffield at home. 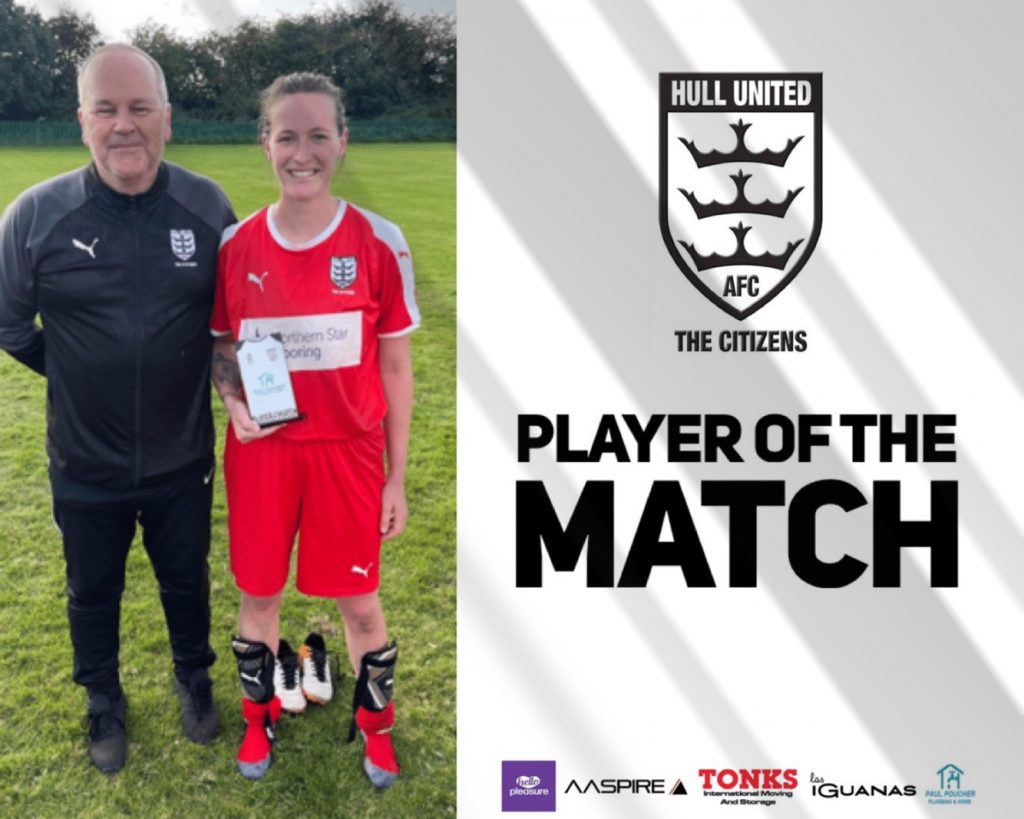