United travelled to Easington United Reserves looking to finish the season with a positive result and they didn’t disappoint.

The weather can only be described by the film “Sharknado” blistering winds and the rain snapping at you like sharks! The first 20 minutes of the game was taken up by players collecting the ball from outside the pitch, until Junior Mussa B played a ball through to Kane Morris on the 25th minute, who slid the ball through the onrushing keepers legs 0-1 Hull! The second of the game came just 2 minutes later when Kane Morris flicked a ball to Callum Staves in the area who smashed home for 9 yards out 0-2 Hull. Hull went up 3-0 on the 36th minute when a long punt from keeper Jonny “Cant keep it in play” Alsop, Callum coolly collecting the ball, dropping the “coat hanger” of a shoulder to cut inside and deliciously bending it past the Easington keeper HT 0-3

Easington started the quickest in the second half using the wind to their advantage when on the 50 minute, a free kick came in from the left hand side, perfect for the keeper to pluck out the air, only for Jonny “Sausage Fingers” Alsop to spill in over the line before dragging it back. 1-3. United hit back with a 4th on the 56th minute when Joe Ward played a defence splitting ball through to Callum Staves, who completed his hat trick by rounding the keeper to tap home in an empty net! 1-4. The final goal of the game came in the 89th when Callum Staves was brought down by the Easington defender, Jonny Alsop comes bounding up the park to take the penalty against his former club, composed finish into the bottom left hand corner sending the keeper the wrong way. FT 1-5

A fantastic performance to cap off our league season. United currently sat top of the league but the remaining teams have games in hand, United looking for teams to take points of nearest rivals to finish as high as possible. United look forward to playing their QF in the cup in due course

Today MoM goes to Captain Max Slide who under the conditions battled hard and let from the back, well deserved. 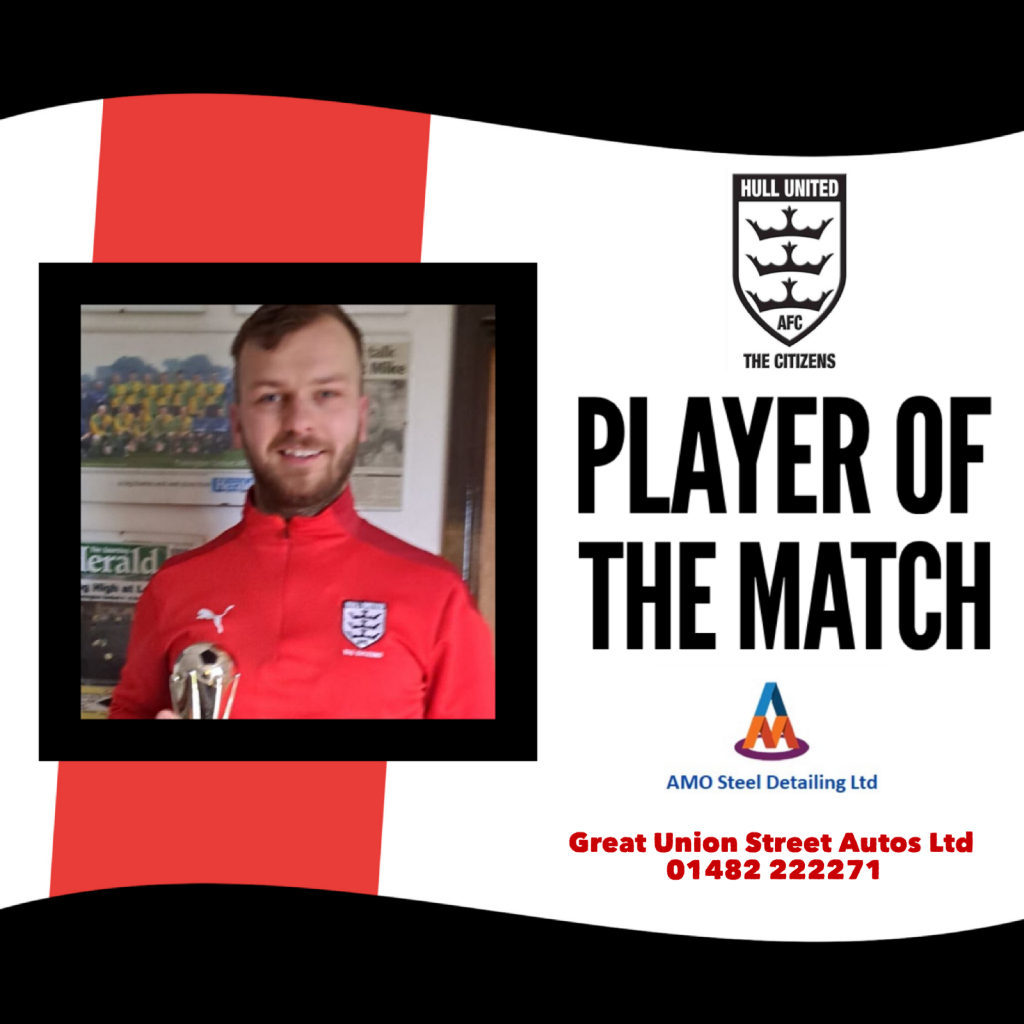