United started strong with Megan Cooke in goal with Kacey Watson and Rosie O’Rourke at centre back with Charlie Holmes and Gemma Bentley at full back. Captain Chamaine Pinder and vice-captain Aimee Ayre stood firm in the centre of the pitch limiting the attacking options for the opposition. Kim Ward and Dani Walker Muff Burke provided United and outlet on each of the wings linking up well with Ellie Smirk and Josie Groves. United were growing into the game as the first half progressed but were forced to make an early substitution when Josie Groves took an early knock which brought Tess Kirven into action. The deadlock was broken around 30 minutes into the first half when Chamaine Pinder won the arial dual on the halfway line before linking up with Kim Ward on the right hand side. Kim fed the ball through the Rovers back line for Ellie Smirk to latch on to before flicking the ball up into the air ready for Tess Kirven to volley the ball into the back of the net. Bridlington 0 – United 1. As the first half progressed Manager Mel Marsden made a few rotations, substituting Charlie Holmes for Skie Wyatt and Dani Walker Muff Burke for Katie Hughes. Shortly before the half time whistle Katie Hughes was through on goal after some clever play from Skie Wyatt and Kim on the right side of the pitch, however, United were unable to convert their chances. The half time whistle blew and United went into the break ahead.

The game restarted, changes were made and the weather conditions worsened as the heavens opened making it incredibly difficult for both teams to see the match ball at times. Lucy Witty and Sophie Griffiths were introduced to the side during the second half providing fresh legs in what was a great battle between both sides. United had numerous chances but were unable to challenge the Rovers keeper. United dug deep until the final whistle and ground the result out to take home the 3 points.

After the game Mel Marsden added “today was not a great performance from us, we struggled to create things in the final 3rd even though we had lots of possession. Credit must go to Bridlington they limited us to very little chances on goal and have improved lots over the last year. The main thing is we managed to ground out the 3 points even when we were not at our best. ”.

Player of the match went to Skie Wyatt for a brilliant all round performance even in the numerous positions that she played throughout the match.

Next week United face Pocklington and look to improve on the weekend’s performance and continue their winning run.

Player Of The Match Skie 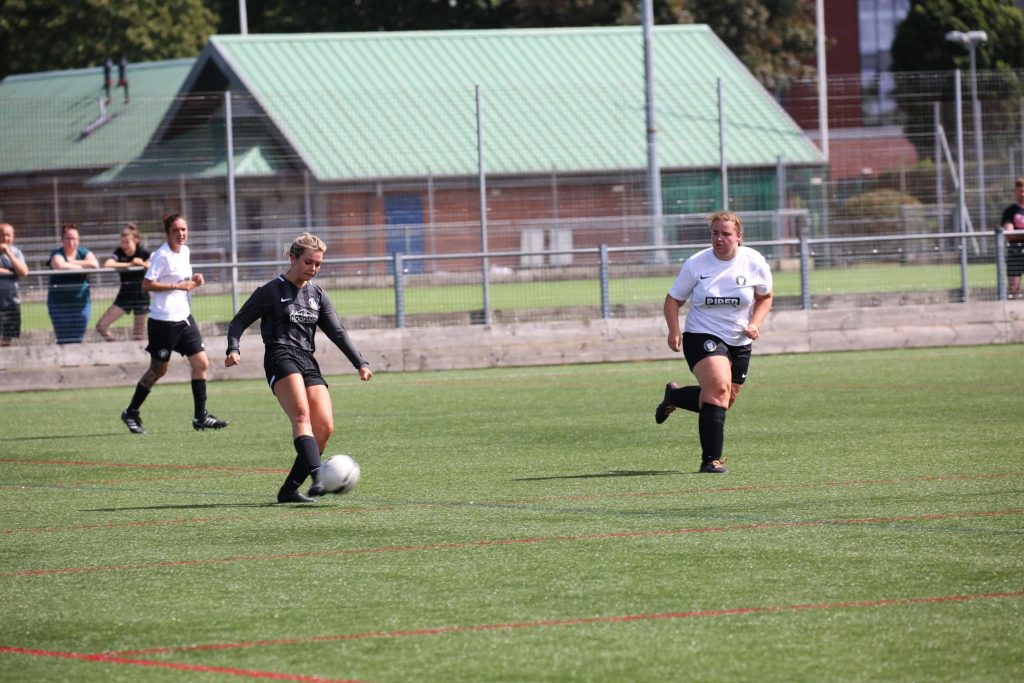