This Sunday saw the ladies development squad return to league action against Beverley Town. With a 2-0 defeat in the home fixture, the ladies were looking for a better result this week.

The visitors started the stronger of the two sides creating numerous chances down the wings with Workman and Ward on the right and Holmes and Derbyshire on the left, both sides linking up well with the midfield pairing of Lisle and Pinder.

United continue to apply pressure, leaving keeper Cooke and the back 4 of Holmes, Ayre, Watson and Workman with little to do. Before half time Derbyshire and Hughes made way for Robinson and Cone. Robinson made an immediate impact when a throw in from the left hand side found her in the box which she took down brilliantly and slotted past the keeper at the front post.

The second half saw the introduction of Whitfield and Witty for Lisle and Holmes. Beverley came out the stronger of the two after the break and put United under pressure but the score remained 0-1.

United managed to regain control of the game. After some neat work down the left between Ward, Smirk and Robinson saw Ward through on goal and finished the move off brilliantly with a dink over the keeper from outside the box. Beverley 0 – 2 United.

65 minutes saw Lacey Kerrison make her debut, replacing Smirk. With fresh legs on the pitch United continue to add pressure and it wasn’t long before the third goal came. After another nice ball from Robinson in the midfield found Ward on the left. Some great link up play between Ward, Kerrison and Cone saw Ward hit the ball into an empty net after some unfortunate rebounds from Beverley.

The full time whistle blew with United 3-0, a clean sheet and a big 3 points. This leaves United 5th in the table only 1 point behind next weeks opponents, South Cave, in 3rd.

Player of the match was awarded to Kim Ward for her 2 goals and constant attacking play down the left hand side.

Manager Mel Marsden added ” its great to get back playing after a 6 week break, we started the first half off brilliant creating chances but never capitalised on them. The girls were patient and the second goal eventually came. We are improving week on week and that’s all I can ask. We have added a few new faces over the Christmas break who have added more quality to the squad. We go again next week as we face South Cave who sit 1 point above us in the league so it should be a great game, one the girls are looking foward to.

Player Of The Match Kim Ward 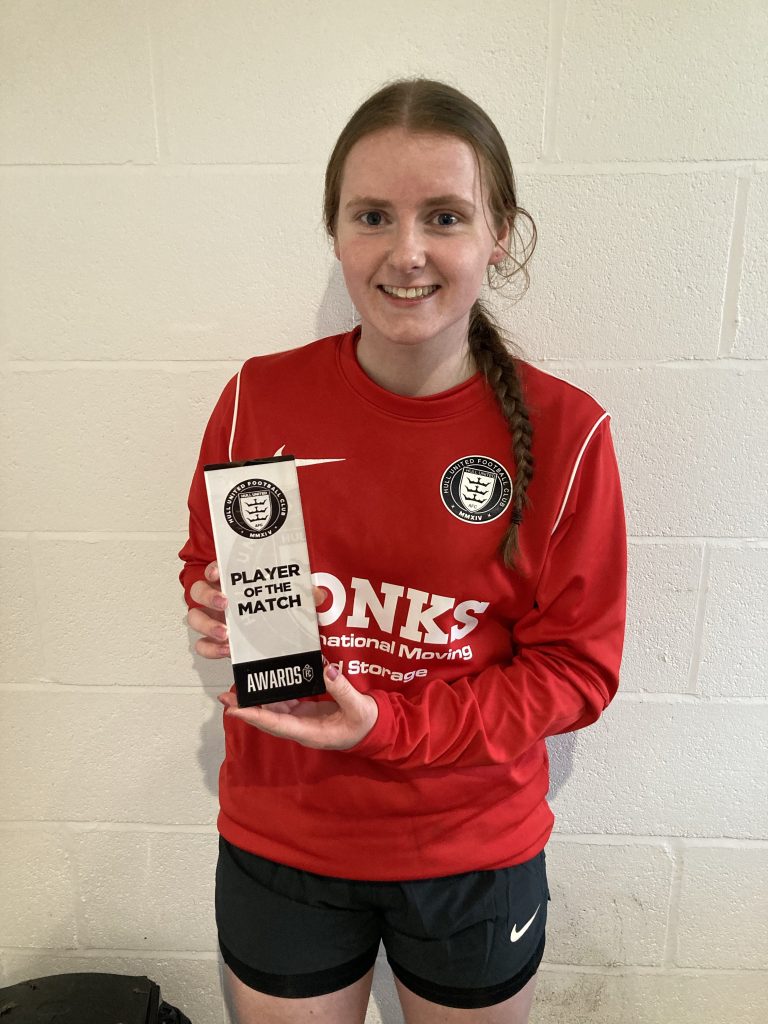