Three in a row

United were on their travels again, this time they faced Barnsley. Looking at the table Barnsley had secured some good results so this wasn’t going to be an easy game for the visitors. Lewis Poucher made two changes to his starting line up from the previous week with leaving out Millie Sharp, starting Emma Smith and Lauren Holmes in the middle. Sarah Walters pulled out which meant Sophie Adamson stepped up and went in goal for United.

The game started brightly with some strong tackles and battles happening all over the pitch. Barnsley were pressing United which meant United couldn’t get their passing game going, resulting in many unforced errors from United. The first bit of quality came from Tonya Wild-Storr when she picked up the ball inside her own half and out ran the defenders beating three or four of them before driving through on goal. However, the final shot didn’t trouble the keeper at all and after 30 minutes the game was still 0-0. There was a break in play due to an injury to a Barnsley player, but that give Lewis and Mel the ideal time to regroup and get United playing with more calm and composure. The message seemed to have sunken in as for the next 15 minutes the girls were brilliant. The first goal coming from a great cross from Millie sharp pinpointing Eleanor Robinson who headed it home to make it 1-0. United didn’t stop there with both full backs getting high up the pitch Sammie Workman found herself free and with a great pass from Millie Sharp she guided the ball over the top of the goalie’s head to make it 2-0. Half time came and United now looked comfortable, a few changes and half time meant the introduction of Suey Smith who made her debut for United.

The game restarted and United took a firm grip on the game, the passing and moving from United was a joy to watch. With the tempo of the game now at United’s level the goals then came. Jade Newlove adding the third with a calm finish into the bottom corner. Millie Sharp then got in on the action with a pile driver of a shot which the keeper fumbled in. The fifth came again from Jade who was causing them all sorts of problems on the left hand side. The sixth goal came from a well worked passing goal and a great through ball set Lauren Tate away who rounded the keeper to slot the ball home. The cherry on the top was the seventh with Tonya getting off the mark with a great little finish to round off a great game. Barnsley added a goal late on but overall a solid performance from the away side to take all three points.

Lewis Poucher added “Another tough test for the girls today but they showed how good they really can be. First 20 mins Mel and I weren’t happy with our quality on the ball. However, after a quick regroup the girls went on and delivered. Some of the goals again we scored today were first class. I thought our full backs today give us a real outlet to push on and get the ball into some dangerous positions. Overall very pleasing, a great result and what the girls thoroughly deserved. The squad now is looking very competitive, with the introduction of Suey Smith and Millie O’Neill to come back in we have some tough calls to make for our FA cup game next weekend. However, it’s one that I know everyone in the squad is looking forward to and we need to prepare well this week ready for it.

Player of the match today was Sammie Workman who I thought was brilliant today, constantly up and down the wing and never lost the ball when in possession. A first class performance.

We are in FA Cup action next weekend as we travel away to face Wakefield Trinity Ladies. 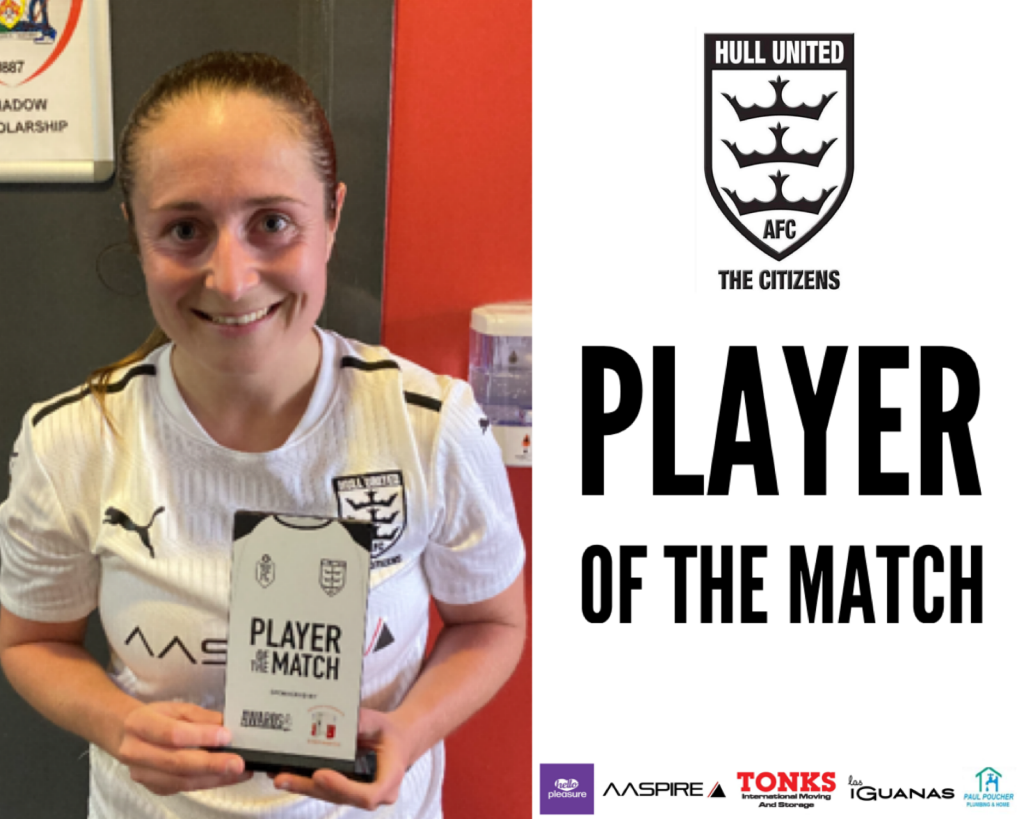