Hull United Ladies Development team travelled to Langtoft in todays game. Coaches Danielle Kendrick and Dave Blain asked for an improvement on the previous weeks result against the same team.

Hull United scored two early goals, but continuously surrendered possession too easily in the midfield area of the pitch for the first 30 minutes. Hull United appeared to gain momentum in the last 15 minutes of the first half, and galvanised the midfield area to improve defensive tactics. This allowed both full backs the opportunity to create overlaps and increase goal scoring opportunities. Three further goals were scored before the half time break, leaving Hull United 5-0 up.

Further substitutions at half time ensured all players had the opportunity to participate in the game and ensure minutes were completed by everyone in today’s squad. Hull United moved up a gear after half time with some early pressure and numerous chances created from both wingers. Capitalising on this change allowed united to score 7 more goals in the second half with a notable four for Carmen Hall. This effort earning Carmen the Player of the Game award in her best performance since signing for United this season. 3 further goals from Jamie-Leigh, 2 for Jade Newlove ( also 4 assists) 1 for Jess Stockdale, 1 for Ellie Worsley, and 1 goal for Charley Sutherby who had a fantastic game as an attacking wing back.

Thanks to Langtoft Ladies who played the game in great spirit. 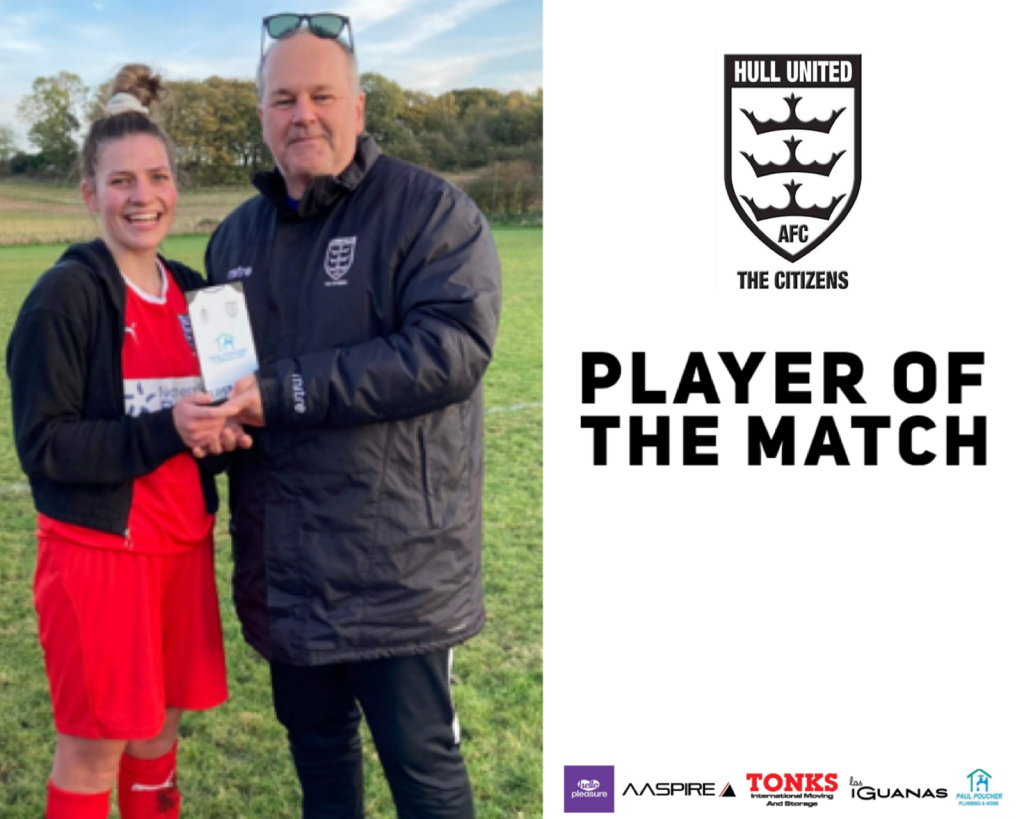